Mercury Levels Rise in Fish from the Great Lakes

Mercury Levels in Great Lakes Fish Is on the Rise

The amount of mercury found in fish tissues has dropped steadily over decades since the 1970s. That corresponded with the reduction of pollution coming from Midwestern smokestacks as regulations tightened, pollution prevention technology improved, and coal-fired factories and power plants went offline.

But over the last several years, that started changing. Scientists are finding mercury levels rising in large Great Lakes fish such as walleye and lake trout. Curiously, it’s occurring with fish in some locations but not others. Researchers are still trying to figure out why.
The mercury levels are not surpassing U.S. Environmental Protection Agency thresholds. But researchers want to determine if what they are seeing is a temporary trend or a trajectory that’s only going to worsen.
Mercury is a heavy, silvery metal, unusual in that it’s liquid at room temperature. It’s naturally occurring, but is rare to find uncombined with other elements. It is toxic to humans and animals — and unlike many other toxins, mercury remains in the environment for very long periods of time, moving up the food chain and compounding inside animals that ingest it. The EPA has found that mercury in water has the potential to cause kidney damage from short-term exposures at levels above the maximum contaminant level of just 0.002 parts per million. Mercury can inhibit brain development in fetuses and children, and harm immune systems and adult heart function.

Many types of mercury in the environment tend to pass through fish when ingested. But a type known as methylmercury tends to be absorbed into fish tissues. As small fish eat contaminated insects, and medium-sized fish eat the smaller fish, and large game fish eat the medium fish, those mercury concentrations get magnified exponentially, a process known as bioaccumulation.

Although reasons for the gradual but steady increase in mercury in Great Lakes fish are unclear, the leading theory ties the increase to gradually warming water temperatures. Also climate change has resulted in a lot of flooding which causes re-suspension of sediments. What was buried can become exposed, increasing the availability of mercury in lake water. Invasive species such as the zebra and quagga mussel population which change the diet of lake fish are also suspected as a cause of rising mercury levels.

The need for continued close monitoring of mercury levels in the lakes is critical, and this comes at a bad time in light of  President Trump’s 2017 budget proposal that calls for elimination of virtually all Great Lakes restoration funds. 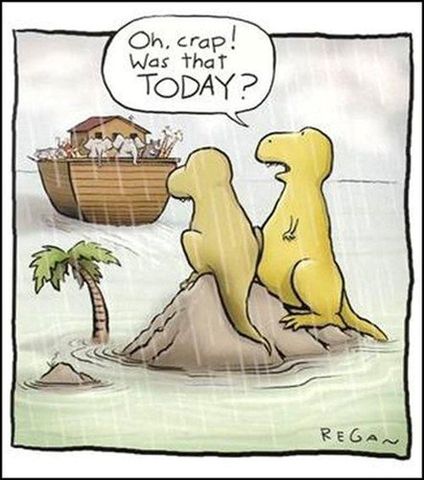 Their species is now extinct because they foolishly forgot to subscribe to the Pure Water Occasional. The email Occasional keeps you up to date on the intriguing world of water, including upcoming deluges, sea partings,  and other big water events. After many years, it is still free for the asking.  Subscribe at the top right of this page.