Measuring the Residence and Transit Time of Water Molecules

How long does a water molecule stay in a river? 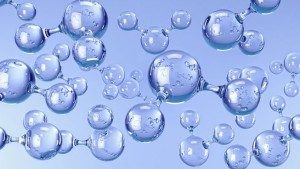 Scientists have a name for how long water molecules remain in any given system: “residence time.” And “transit” or “travel” time is how long it takes for water to get through a system.

Kevin McGuire, PhD, an associate professor of hydrology at Virginia Tech, explains the difference like this: If you could take the age of every human being on the planet right now, you would get an average age — or the average time, at this moment, that people reside on Earth. That’s “residence” time.

But that, McGuire says, is different from taking the average age of everyone who passes away today — those who pass through the system of life. That would be the “transit” time.

But going back to water, residence time and transit time are crucial measurements when it comes to taking care of this critical natural resource.

Getting a grip on these numbers can help us understand and protect our environment. They can be used for things like predicting how a pollutant will affect any given system, or how quickly pollution might move through a system. Scientists, given better ways to track water and its movements, might be able to show more accurately how much water is in any given system, or how safe that water is, or how it might be replaced.

But those numbers aren’t easy to figure out. “The idea of this water residence time, or the travel time or the age, it’s really sort of where some of the cutting-edge science is,” says McGuire. “We’ve had a theory for some time to suggest that we need to go after this. It’s like a Holy Grail.”

And to figure out how water slips from one place to the next — or how long it stays put — scientists have to measure “tracers” in the water. Think of them as water-based fingerprints. “You have to have something in the water that moves like the water,” McGuire says.

One widely used tracer is tritium, a radioactive isotope in hydrogen. Tritium occurs naturally only in small amounts, but nuclear bomb testing in the late 1950s and ‘60s released much more into the atmosphere, and that is now tracked by scientists. Compounds like chlorofluorocarbons in water can be tracked, too.

Getting a grip on water

Because residence times and transit times are only estimations, the findings will differ depending on who’s doing the measuring, what method they’re using and a host of other factors. For example, the Spokane Aquifer Joint Board in Washington state uses this chart from a 1979 book, “Groundwater,” that estimates the residence time in oceans and seas to be about 4,000 years. The authors of that book estimated the residence time of rivers to be about two weeks and all the water in the part of the atmosphere that supports life to be less than a week.

The challenge now in determining these numbers is getting enough data. The technology to gather and analyze samples has been prohibitively expensive until the last decade or so, McGuire says.

That’s getting better, McGuire says, providing more data to crunch and more accurate numbers in the hands of the people caring for different water sources. And it comes none too soon.

According to the United Nations, more than 2 million tons of sewage drain into the world’s waters every day, and every year more people die from unsafe water than die from all forms of violence, including war, according to the United Nations. The World Health Organization reports more than 1 billion people have no access to safe drinking water. By some estimates, 2.200 children die every day from diarrhea caused by unsafe drinking water.

Of all the water in the world, only about 3 percent is freshwater, and some 68 percent of that is locked up in glaciers and ice, according to the U.S. Geological Survey. With so much of that endangered, it’s more important than ever to find ways to use it wisely.