A Report by the Winnipeg Free Press 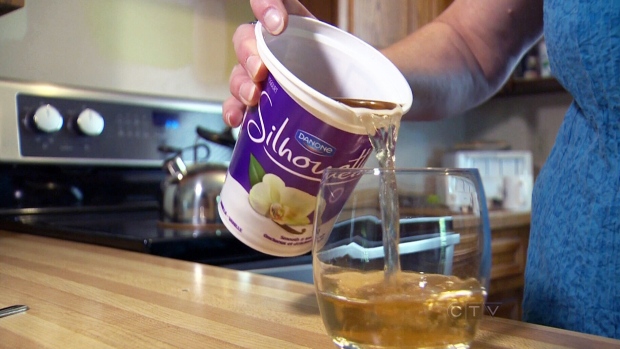 Although it looks bad, Winnipeg’s manganese-tainted water is considered safe.

Outbreaks of brown water in Winnipeg households are expected to decline over the next two years as city hall launches an aggressive plan to control the problem.

City officials identified the cause of the discoloured water as the presence of manganese in the city’s water supply.

The solution is to aggressively “clean” the city’s reservoirs and water mains to reduce the amount of manganese.

“We’ve identified an issue and a path to the solution,” Coun. Justin Swandel, chairman of the city’s public works committee, said during a Friday news conference.

Members of council were briefed during a special seminar on the findings of a consultant’s report and the steps the civic administration is taking. News media were briefed afterwards.

Diane Sacher, director of water and waste, said discoloured-water incidents have occurred in the city for several years but only became problematic when the city’s new water-treatment plant became operational in 2009.

Sacher said a material — ferric chloride — added to the water supply at the treatment plant as a coagulant, binds small solids such as algae together in larger clumps, making them easier to remove.

However, the ferric chloride was also releasing manganese, a natural substance found in water and many liquids, such as apple juice and tea.

The treatment plant filters out ferric chloride but not manganese.

The manganese attached itself to the lining of the water lines and was released with a sudden change in direction — water-main breaks or repairs, and resulted in clumps of discoloured water of varying sizes travelling through the water system.

Sacher said the city is switching to an alternative ferric chloride with a lower concentration of manganese, speeding up its annual cleanup of the reservoir and enhancing the water-line cleanup from a six-year to a two-year cycle.

Reservoir cleaning is underway now and water-main cleaning will begin in May.

“While we expect it will take approximately two years to implement all the recommendations in the report, our customers should see a gradual reduction in discoloured water as each recommendation is implemented,” Sacher said.

Sacher said discoloured water is a common occurrence at all water utilities across North America, but the number of incidents in Winnipeg began increasing in 2010 and reached seemingly epidemic levels in the summer of 2013.

There were more than 1,600 incidents in August. The city’s goal is to reduce the outbreaks of discoloured water to traditional levels of fewer than 100 incidents per month. 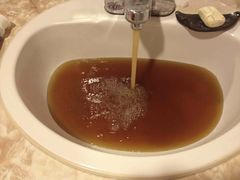 Sacher said the city will hire an independent consultant, at a cost of $500,000, to verify the findings and monitor the city’s cleanup efforts.

Other costs included an additional $250,000 annually for the operational changes and a one-time capital construction cost of $580,000 for a testing facility at the treatment plant, which will be used to find alternatives to ferric chloride as a coagulant.

One of the issues that perplexed many homeowners last summer was the presence of brown water at one home but not the neighbour’s.

Sacher said the consultant explained that phenomenon occurs as a result of an affected household using a large amount of water while the other household did not, which resulted in large amounts of manganese entering a home’s water line and not their neighbours.

“The manganese is causing a coating on the wall of water mains,” Sacher said. “That is disrupted when the flow velocity increases or the direction changes.

“This goes as a slug through the main. If you have your dishwasher going, a shower running, you would be bringing it in, whereas your neighbour, if he wasn’t using water at the time, wouldn’t necessarily bring it in to his system.”

While manganese levels are high, Mayor Sam Katz said health officials assured him they do not pose a health hazard.

Sacher said manganese is found in many liquids, adding levels in tea and apple juice are much higher than those found in samples taken across the city.

Coun. Jeff Browaty (North Kildonan) said the outbreaks of brown water will not immediately stop, adding he expects the problem to be under control as the city reduces the amount of manganese in its water supply.

“People’s expectations have to be reasonable,” Browaty said. “We’ll still see unacceptable levels of brown water this summer, but we’re on the right path and we should get levels that we are used to within a couple of years.”

A consultant was first hired by the city in 2010 when reports of brown water escalated that summer. Samples found high levels of iron, which prompted the consultant to recommend a treatment solution that did result in fewer incidents in 2011.

But the numbers jumped again in the summer of 2012, which prompted the city to hire another consultant who later discovered the high levels of manganese, which were not present in the water supply in 2010.

Sacher defended the work of the first consultant, adding the findings and solutions were backed by research.

Coun. Dan Vandal, who persuaded council in the fall to accept claims for laundry damaged by discoloured water, said this latest report is the best information the city has to deal with the problem.

Time will tell if this is the best advice, Vandal (St. Boniface) said.

“The evidence will be less discoloured water in city taps… which I expect by next summer.”