Editor’s Note.  The piece below is excerpted from an LA Times article by Mathew King, who is communications director for Heal the Bay, a Los Angeles environmental group founded in 1985 to stop the dumping of raw sewage into Santa Monica Bay.

Even if you’re not a surfer, you have reason to be concerned about polluted storm water. Rimmed by foothills and mountains, Los Angeles County is like a giant bowl tilted toward the sea. When it rains, water rushes along paved streets, picking up trash, fertilizer, pet waste and automotive fluids before heading to the ocean via the region’s extensive storm drain system. A single typical day of rainfall spews an estimated 10 billion gallons of runoff into Santa Monica Bay, untreated and unchecked. That’s the equivalent of roughly 100 Rose Bowl stadiums’worth of dirty water. It’s little wonder the county claims seven of the 10 most polluted beaches in the state.

This is not simply a public health issue; it’s also a huge waste of a precious resource. Los Angeles imports costly and increasingly scarce water from Northern California and the Colorado River. Storm water — if held, filtered and cleansed naturally in groundwater basins — could provide a safe, more secure and less costly source of drinking water.

The county now has a chance to address the problem. This month, notices have gone out to county property owners about a proposed storm water fee. Most single-family residential parcels would be assessed $54 per year, and the money — about $270 million annually — would be used for innovative infrastructure projects to capture and reuse storm water. On Jan. 15, the county Board of Supervisors will hold a hearing on the issue, after which an election by mail is likely. 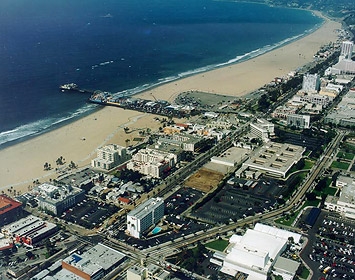 “A single storm can sweep billions of gallons of polluted runoff directly into Santa Monica Bay. Contact with this bacteria-laden storm water can lead to a variety of unpleasant ailments, from upper-respiratory infections to severe gastroenteritis.”– (Los Angeles Times)

Some opponents are already crying about hidden taxes, but this measure is more rightly viewed as a sound economic investment. Funds raised will enable municipalities to develop multi-benefit wetlands, parks and open spaces that can recharge groundwater supplies, saving money in the long run. Thousands of local jobs in the construction, engineering and landscaping industries will be created. Reclaimed storm water will irrigate neighborhood parks, ball fields and school grounds instead of fouling rivers and beaches.

An advisory committee of property owners and members of the public, appointed by the supervisors, would approve project plans and oversee the funds. Fees could not be raised nor diverted to any other use.

Surfers like me often do dumb things. But Los Angeles County can be smart about storm water. Let’s stop pouring money, and bacteria, down the drain.

Please read more about Heal the Bay’s many projects and activities aimed at protecting the Santa Monica Bay.

Matthew King is communications director for Heal the Bay.