Latin American rivers among most polluted in the world, says new study 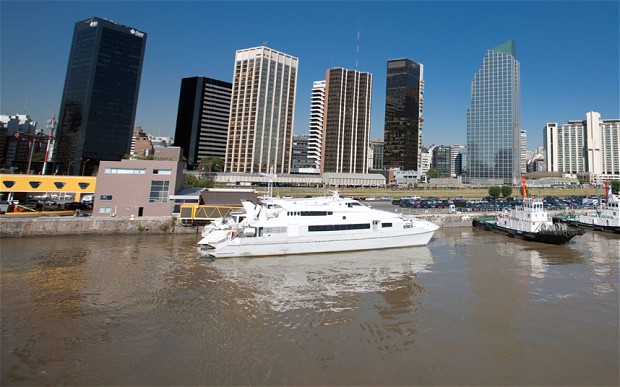 The Rio Plata in Buenos Aires

According to a report published by the World Bank, over 70 per cent of water used in the region returns to rivers with no treatment. This means that sewage and industrial waste are put back into rivers and other sources of water such as lakes and dams.

The issue of water pollution is of particular concern in Latin America, as around 80 per cent of the population live in urban areas which are often close to contaminated rivers.

For example, the centre of the Argentine capital city Buenos Aires runs close to the polluted Rio Plata River.

Water sanitation expert Carmen Yee-Batista said: “70 per cent of the residual water we use in the region is not treated. We take the water, we use it and then we put it back in the river completely contaminated.

“We want the river to go back to being blue and for the cities to be greener.”

She added that countries in the region need to invest in infrastructure and regulate where people can live in order to reduce the contamination in the continent’s rivers.

While governments in cities like Buenos Aires and Sao Paolo have made efforts to reduce pollution in rivers, Latin Americans often complain of dirty water coming out of their taps, or else of no water running at all.

Last year in Uruguay, reports of bad smelling tap water prompted action by the national government. However, a study conducted in December by a charity called Vida Silvestre found that 94% of the country’s rivers are still contaminated.

32 million Latin Americans still do not have access to clean drinking water, down from 77 million people in 2004.