Is Our Whole Understanding of Water Contamination a Bogus Science?

Baby mice exposed in the womb to low doses – but not high doses – of bisphenol A were fatter and had metabolic changes linked to obesity and diabetes, according to a new study published today. Building on previous studies that link the hormone-altering chemical to changes in body weight and glucose tolerance, the new research fuels an ongoing controversy over whether federal testing of chemicals is adequate to protect people from low doses. “What’s scary is that we found effects at levels that the government not only says is safe, but that they don’t bother to test,” said Frederick vom Saal, a University of Missouri, Columbia, professor and senior author of the study. Many of the effects were reported in the mice fed daily doses – just during pregnancy – that were one-tenth of the amount that the U.S. Environmental Protection Agency says is safe for daily exposure throughout life. Used in polycarbonate plastics, canned food liners and some thermal receipts, BPA is found in almost everyone’s body. Some earlier studies have linked it to obesity and diabetes in people.

The report goes on to explain that current water regulatory practices are carried out under the assumption that high doses are more potent than low doses, so if a chemical does not prove harmful at a dosage of 5 parts per billion, there is no reason to test it at a concentration of 1 part per billion.

Modern Science, like all belief systems, holds certain principles to be sacred and beyond challenge.  One of these is the idea that when a substance is present in a large amount it is more powerful than it would be in a smaller amount.  In other words, more is always more, and less is always less. On the occasions when less seems to be more, as with the current BPA issue,  the scientific establishment simply dismisses the finding as heresy.  If the heretic refuses to recant, he is burned at the stake.  Witness the case of the French scientist Jacques Benveniste, who in 1988 challenged the “more is always more” commandment and was  excommunicated by Orthodox Science.   Benveniste’s sin against scientific orthodoxy was to publish experiments demonstrating that water has the ability to remember substances whose physical presence has been entirely removed from it.  (See The Lost Genitals of Uranus, or How Is an Elephant like a Glass of Water?)

Less is more, of course, is not a revolutionary idea, although orthodox Science treats it like  one.  Less is more is a cornerstone principle of the science of Homeopathy, which calls it the Law of Infinitesimals,   There are countless well documented exceptions to the more is more dogma. The truth seems to be that more is most often more, but sometimes less is more. 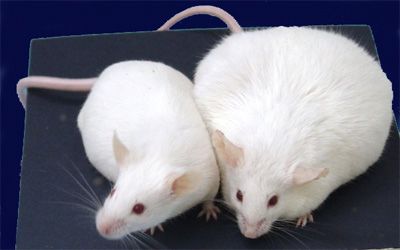 The entire belief system on which modern water treatment practices are based depends on upholding the principal that more is always more.  Without it, there would be chaos. How can we regulate water contaminants if we have to contend with the absurd notion that reducing their quantity may actually be making them more potent threats to human health?  And even it a contaminant is removed to a non-detectable level,  how can we be sure that humans are not being affected by water’s memory of the contaminant?

Thanks for the Memory. Experiments Confirm Benveniste’s “Heretical” Research.