Humans are using up water far faster than we thought 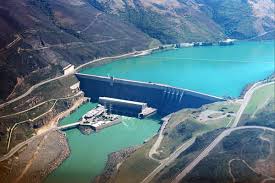 Because of over-management of water resources through such strategies as dams and irrigation projects, humans are wasting vast amounts of water that may be beyond recovery.

Freshwater is one of the planet’s most precious resources — and as the global population grows and our demand for water rises, so does the need to carefully monitor its use and availability. Numerous studies have attempted to calculate the amount of freshwater humans consume globally from year to year. But in a worrying new study in the journal Science, scientists argue that we’ve been significantly underestimating our water footprint — in fact, their research raises the estimate of our global water consumption by nearly 20 percent and suggests that we may have crossed an unsustainable threshold in our water use.

Authors Fernando Jaramillo and Georgia Destouni of Stockholm University focused their research on the effects of flow regulation and irrigation — essentially, building dams and reservoirs for human use — on the water cycle, and found that previous studies have significantly underestimated their influence. Notably, they found a significant increase in water consumption — thousands of cubic kilometers worth — in the latter half of the twentieth century due to human water management.

These practices can have an important influence on what scientists call “evapotranspiration,” which is water that is lost to the atmosphere by either evaporating from the Earth’s surface or being taken up by plants and later released into the air through their leaves. Such factors can add up to a very significant percentage of global water consumption.

While most people think about “water consumption” as referring to the amount of water humans drink or use for industry, water that evaporates into the atmosphere is actually a major component too, said Jaramillo. This handy blog from the World Resources Institute helps explain the concept: Essentially, water consumption refers to any water that is withdrawn and not immediately returned to its original source.

So when water vaporizes and goes into the atmosphere as a result of human actions, such as irrigation or dam-building, it counts as being consumed by humans — even if it comes back down to the Earth at a later point as rain. It’s important to think about consumption in this way: Water that goes into the atmosphere in one place doesn’t necessarily come back down in the same location or in the same amount . And by engaging in practices that cause more water to be lost into the atmosphere than naturally would, humans are interfering with the natural ratio of evapotranspiration to precipitation — in other words, water out versus water in — and that could lead to increases in water shortages down the road.

“A  scientific motivation for this [study] is that we want to understand what is it that drives changes in the freshwater system on land,” said Destouni, the senior author and a professor of hydrology and water resources at Stockholm University. And as the research was conducted, she said, “we started to see that the landscape drivers of change [including human water management] were actually important nearly everywhere.”

There are a variety of ways that human water management techniques can affect how much water is lost to the atmosphere as water vapor, not all of them well understood. Creating reservoirs means there’s a larger surface area of standing water, which can increase evaporation rates. Additionally, irrigation can increase the number of plants in an area, which then draw in more water and release it into the air through their leaves, the process known as transpiration.

The authors decided to determine the global impact of flow regulation and irrigation on the water cycle in order to figure out how much water is being consumed, or lost to the atmosphere, just as a result of these practices. They selected 100 large water basins from around the world to use as a sample, choosing basins “that were more representative and had long-term consistent data on climate and water change and long-term data on water use and land use,” Jaramillo said.

They then used these data to figure out the ratio of evapotranspiration to precipitation — essentially, water out versus water in — between 1901 and 2008. In the past, studies examining the influence of flow regulation and irrigation on the water footprint have used global-scale models, which the authors argue have underestimated the effects on the water cycle. Their study is the first to take a global look at these practices using observed historical data.

“What is really novel and exciting about what Dr. Jaramillo and Destouni did was they took observational data, so measured flow data, on major watersheds, and they were able to detect a signal of a specific human impact,” said Shannon Sterling, an associate professor in the Department of Earth Sciences at Dalhousie University, who was not involved with this paper. “And that’s remarkable.”

After conducting their analysis, the researchers found that between the period from 1901 to 1954 and the period from 1955 to 2008, there was an increase in the average loss of freshwater to the atmosphere of more than 3,500 cubic kilometers, or about 850 cubic miles, of water. Altogether, they estimate that the current level of human freshwater consumption is about 4,370 cubic kilometers, or close to 1,050 cubic miles, per year.

These calculations raise the estimated total human water footprint — that’s all water consumed, freshwater or otherwise — by a whopping 18 percent, bringing it up to about 10,688 cubic kilometers per year.

“Whether this actually is a real boundary, of course there’s huge uncertainty related to that,” Destouni said, but added that the study’s results are concerning either way.

“It’s very serious that with such a relatively straightforward thing as water, freshwater — all of us use it all the time — we don’t keep track of what changes we have made and how these changes actually relate to what the planet can withstand,” she said.

Sterling also pointed out that the paper suggests human activities have a particular influence in already water-stressed regions.

“Another important implication of what they found [is that] the biggest reductions in available water from these human activities of dam building and irrigation are in areas that are already arid,” she said. “In these areas, they probably built dams and irrigation to address an existing water stress in the first place.”

The study highlights a critical need for better monitoring of our freshwater use and the ways our management techniques can affect the water cycle, as Jaramillo noted that the current effects of human water management “are even larger and more recognizable than the effects of atmospheric climate change.”

As climate change is predicted to become an increasing threat to water security worldwide, the persistent impacts of human activity on the water cycle will only be compounded by the effects of global warming in the future — making the need for better management techniques an even higher priority.

“That’s another future direction our society needs to take — to go towards greater resource efficiency,” Destouni said. “And if we don’t keep track of how we use water, we cannot reach that efficiency, or even understand what that efficiency means for the future.”