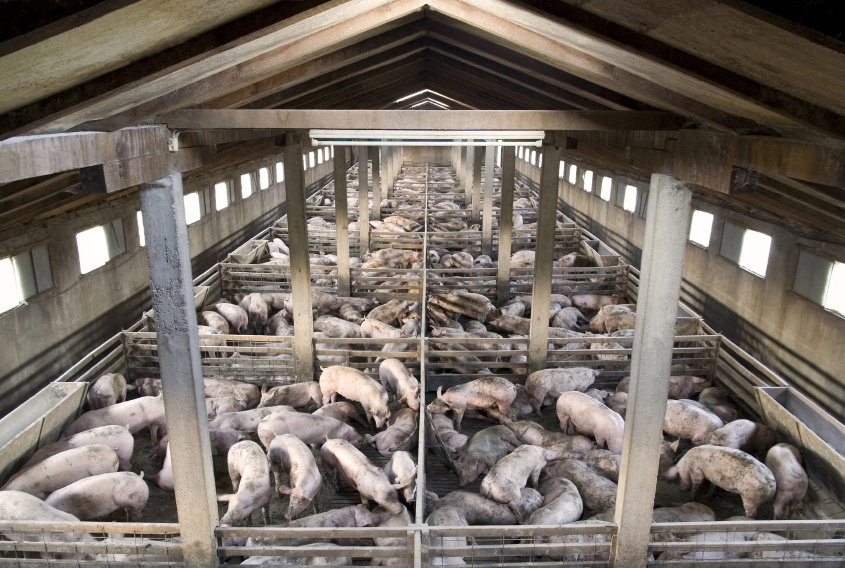 From Washington state to North Carolina, federal lawsuits are challenging the efficient, profitable livestock industry to change its ways. The arguments found in the lawsuits are based on studies that increasingly show the impact phosphorous, nitrate and bacteria from fertilizer and accumulated manure have on lakes and rivers as well as air pollution that may be harmful to respiratory health.

Large-scale livestock farmers insist they’re using techniques to keep manure and fertilizer from draining into waterways, though fifth-generation farmer Bill Couser of Des Moines says, “We realize this is not going to happen overnight or in two years.”

However, those who rely on rivers and lakes for drinking water or live near such farms — especially in the top two hog-producing states of Iowa and North Carolina — are growing impatient, and their lawsuits serve to highlight the debate between the right to raise livestock and the right to clean water and air.

Earlier this year, a federal judge in eastern Washington ruled that an industrial dairy farm’s manure management practices posed an “imminent and substantial endangerment” to the environment and to thousands relying on well water. And Des Moines Water Works has filed a notice of intent to sue farmers in three counties populated by 1.2 million pigs and a million turkeys, as the water it sources from two central Iowa rivers must be run through a costly system to strip out nitrates.

About 68 percent of the nation’s lakes, reservoirs and ponds and more than half of its rivers and streams are impaired, according to the U.S. Environmental Protection Agency, whose reports show the main culprit is agriculture.

The hog industry’s national shift from small family farms to large-scale farms is dramatic — from more than 200,000 in the early 1990s to just over 21,600 in 2012. A driving force behind some of the farms is Murphy-Brown LLC, which is part of China-based WH Group — the world’s largest pork producer. WH Group aims to feed China’s appetite for meat with cheaper hogs from the U.S., according to lawsuits.

Advocates of locally grown food and animal-rights and environmental activists are behind many of the suits, but in some cases, farmers are going after farmers.

Barb Kalbach has fought against the construction of huge hog operations in Iowa, where pork is a $7 billion industry and there are seven times more hogs than humans. “I have in the back of my mind this idea that we have thousands of miles of clean water, which is a gift in this state and we just throw manure in it,” the 61-year-old crop farmer said.

Hog farmer Matt Schuiteman said farmers care about the environment and are willing to work on improvements that will minimize impacts, but doesn’t think lawsuits are the best course of action. “Maybe we can all get to where we want to be together instead of drawing the battle lines and forcing the issue,” the 40-year-old from Sioux Center said.

In North Carolina, 10 million hogs produce as much fecal waste in a day as 100 million people, and Duplin County is the nation’s top county for hog production, according to the U.S. Agriculture Department.

Treated, liquefied manure and urine is pumped to large sprinkler systems and flung on fields for fertilizer. The resulting odor is a daily drag for Richard Brown, whose home is nearly surrounded by fields that soak up hog effluent. Brown is among the roughly 500 people in who’ve joined the lawsuits against Murphy-Brown, alleging that the farms deprive them of enjoying their property.

Murphy-Brown encourages residents to raise concerns about operations, but only a handful do in a given year, the company said in a statement.

The choice, said Iowa State University economist Catherine Kling, will come down to consumers: “We don’t know how to produce food and fuel from this incredibly rich land without having nitrogen and nutrient pollution, so society has to figure out what balance it wants.”