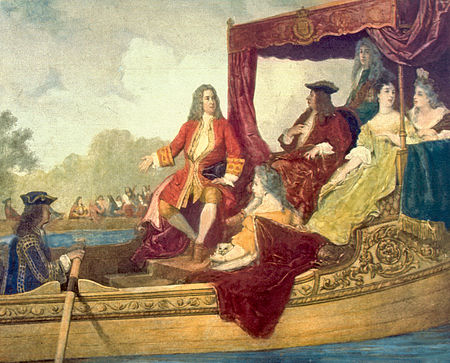 The Water Music is a collection of orchestral movements, often published as three suites, composed by George Frideric Handel. It premiered on 17 July 1717 after King George I had requested a concert on the River Thames.

The usual explanation for the gala on-the-water concert is that the king was feeling heat from an opposing political faction gathering around his son, the Prince of Wales, and he staged a big public event to draw attention away from his son and to himself.