Great Lakes May Never Come Back to Normal

By Nick Manes and Joe Boomgaard

It was also the last year that Lake Michigan water levels were at their long-term average height.

In September, Lake Michigan’s average water level was 577.56 feet, or 18 inches below its long-term average for 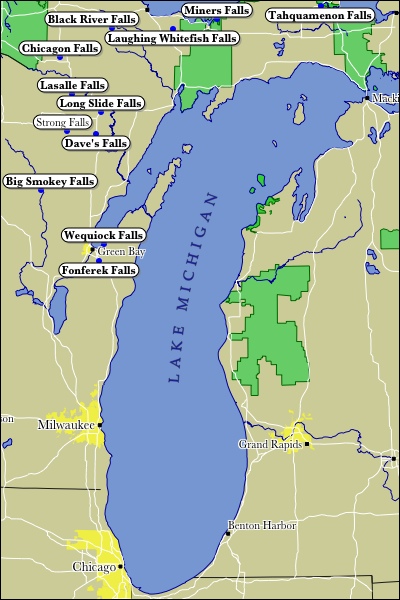 the month, according to data from the U.S. Army Corps of Engineers.

The 14 years of below-average levels on Lake Michigan is “the longest in its period of record,” the corps said in its September Great Lakes Water Level Summary. Earlier in January, Lake Michigan dropped to its lowest average level ever recorded.

The implications of lower water levels are numerous for Michigan. The Great Lakes provide much of the state’s drinking water and are used for commerce ranging from shipping to fishing, recreational boating and tourism.

“We were really going into a crisis situation come spring,” Alan Steinman, director of the Annis Water Resources Institute at Grand Valley State University‘s Muskegon campus, said about the water levels earlier in the year. “The good news is since April, … we’re no longer near that crisis level, but we have to remain vigilant. We can’t get complacent because we are still well below the long-term mean.”

A mix of evaporating water and minimal ice cover due to warmer temperatures over the winter has contributed to the record-low levels, according to the corps. Heavy rainfall throughout April, which resulted in significant flooding in downtown Grand Rapids, as well as water flowing in from Lake Superior, has helped raise Lake Michigan, Steinman said.

“If we have another winter where we don’t get much ice cover, we are going to be right back where we started last year,” he said. “That’s a place where nobody wants to be.”

As MiBiz previously reported, low levels in Lake Michigan make navigating West Michigan harbors difficult for some larger cargo vessels. The shallower the port, the less a ship can load over fears of running aground. For every inch the water level drops, a freighter has to decrease its cargo by 50-270 tons, industry sources said. This leads to companies paying for space they are unable to use on ships.

Although seasonal dredging provides a short-term fix for the shallow harbors, the practice is expensive, and funding for dredging has become a political issue in recent years.

“Assuming that climate-related impacts are going to continue — and there’s no reason to believe they won’t — I think we need to change our mindset so that rather than reacting to these issues every time, we need to start thinking about how we can be adaptive to these issues,” Steinman told MiBiz.

The city of Grand Rapids embraced climate adaptation as part of the five-year sustainability plan it passed in 2010. Each year, the city tracks, measures and reports data related to progress on the plan.

Specific to water resources, the city has reduced its consumption of water, which it draws from Lake Michigan, and has focused on removing pollution from combined sewer overflows into the Grand River, a Lake Michigan tributary.

It’s also looking at water conservation measures, such as reducing losses in the city’s water system, updating plumbing and reusing gray water for irrigation, said Haris Alibasic, director of the city’s office of energy and sustainability.

Grand Rapids’ current municipal water intake system off Grand Haven Township is safe, even given the historical fluctuations in water level, he said.

Specific to fluctuating Great Lakes water levels, Alibasic said it’s an issue that likely won’t affect the city in the short term. But the municipality can’t afford to ignore the trends.

“We’re looking at something 40-50 years down the road, and it will not necessarily impact all of the Great Lakes ecosystem,” he said. “But that’s not to say we haven’t already started taking adaptation and mitigation measures.”

Grand Rapids is a member of the Great Lakes and St. Lawrence Cities Initiative, which challenged members to reduce water consumption a total of 15 percent by 2014. As of last year, Grand Rapids has slashed its annual consumption by 16.6 percent or almost 2.25 billion gallons of water since 2000.

The infrastructure piece of climate mitigation “is really something that governments — national, state and local — have to focus on,” he said.

Steinman said that under an early-stage initiative at the state level, headed by the Office of the Great Lakes within the Michigan Department of Environmental Quality, a number of water experts from different fields have submitted white papers he hopes will result in a long-term strategy to address water-related issues in the state. Steinman is among the experts involved.

“Ultimately, we want this to translate into policy because that is how it will make a long-lasting impact,” he said. “Every environmental issue we face boils down to an economic issue. We need to get the economics right when we start figuring out what the solutions are to these environmental challenges. …

“As this gets more definition — and hopefully it will, whether it’s on the port side or the water strategy side for the state — then you can start drilling down to specifics, but we’re just not there yet.”

In the meantime, Grand Rapids continues to execute its sustainability plan and focus its climate adaptation strategy on the resiliency of the city’s infrastructure, Alibasic said.

“Our systemwide approach takes into consideration all the varying elements, and climate change adds an unpredictability level,” he said. “To be resilient, we need to take into consideration the existing conditions and external factors, including the financials.”