In 2012 Arctic Ice Reached the Smallest Volume Ever Recorded

One research scientist said, “The Arctic is the earth’s air-conditioner.”   When the ice recedes in the Arctic region, it isn’t just the humans and animals who live in the region that feel the effect.  The entire planet can feel the effect.

The sea ice is declining much faster than was predicted in the last big UN report on the state of the climate, published in 2007,  which suggested that the ice would not disappear before the middle of this century.

Now, some scientists think the Arctic Ocean could be largely free of summer ice as soon as 2020. But governments have not responded to the change with any greater urgency about limiting greenhouse emissions. To the contrary, their main response has been to plan for ways to exploit energy in the Arctic, including drilling for oil.

A deep concern is that as the ice melts, the level of the oceans will rise to levels even greater than expected.  The sea is now rising at a rate of about a foot per century. As the rate of rise increases, so does the risk to coastal settlements.

A main concern of scientists is the apparent futility of convincing the public and governments of the gravity of the situation. 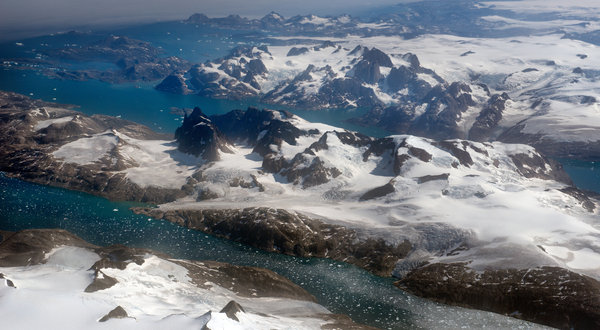 Off the East Coast of Greenland, Where Ice and Sea Meet, Satellite Pictures Show a Frightening Loss of Arctic Ice