Although officials usually blame lack of funding for their failure to provide basic sanitation and clean water, there is a growing belief that it makes little sense for governments to make more commitments in these areas. 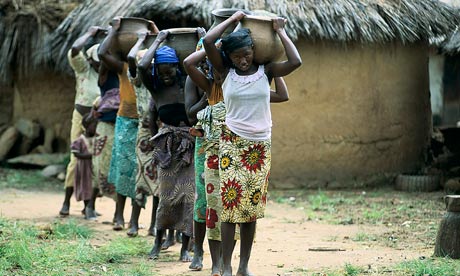 Water comes with a high price tag for millions of Africans.

Goals and commitments are made, but rather than fulfilling them,  African governments simply make even more ambitious goals and promises.

Water and sanitation are still not top priorities for governments, despite overwhelming evidence that a country’s development and people’s well being depends on efficient use of water.

Many feel that at the present rate of progress,  African governments will need two or three millennia to meet their goals.  One Unicef official, however,  pointed out that progress has been made.  “Before we were not even allowed to say toilets or defecation,” she said, “but now we see UN secretary general Ban Ki-moon using these words, which greatly increases exposure and awareness of the issue.”

Read more details on this issue in The Guardian