Giant Isopod Has Not Eaten for Four Years

One of the deep sea’s strangest creatures is the giant isopod, which can live almost indefinitely without food. One in captivity in Japan has not eaten for four years.

A giant isopod that has been in captivity in Japan since his capture in the Gulf of Mexico, had a big meal of a horse mackerel four years ago but has shown no interest in eating since. He has remained healthy during his long abstinence from food.

Isopods are close relatives of rolly pollies and “pill bugs,” with a few adaptations for living on the ocean floor in the deep, cold waters of the Atlantic and Pacific Oceans. They have seven pairs of legs and four sets of jaws and can grow to more than two feet in length.

They are scavengers that can survive for long periods without food. They are always in a state of semi-hibernation.

Sea and Sky calls the isopod “without a doubt one of the strangest creatures found in the deep sea.” 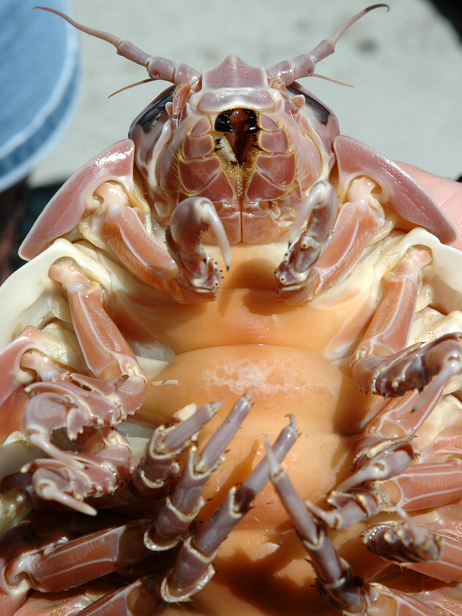 This giant isopod has refused to eat for over 4 years.