The Difficulties of Residential Treatment of  Very Fine Particles

In a Nutshell:  One of  the most difficult problems in water treatment is how to get rid of  colloidal particles that are too tiny to be caught by anything but the tightest of  filters.  A standard way of doing this–and the method used by most municipal water systems–is to add a chemical to promote coagulation and  flocculation to increase the size and weight of the particle, allowing it to precipitate out of solution or be trapped by a filter.  The process is described in some detail by the WHO document excerpted below.

History of Flocculation and Coagulation

Chemical precipitation or coagulation and flocculation with various salts of aluminum (e.g., alum), iron, lime and other inorganic or 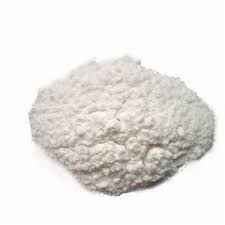 organic chemicals are widely used processes to treat water for the removal of colloidal particles (turbidity) and microbes.

Treatment of water by the addition of chemical coagulants and precipitants has been practiced since ancient times, even though the principles and physico-chemical mechanisms may not have been understood. Sanskrit writings refer to the use of vegetable substances, such as the seed contents of Strychnos potatorum and Moringa oleifera, which are still in use today for household water treatment .

Judeo-Christian, Greek and Roman records document adding “salt”, lime, “aluminous earth”, pulverized barley, polenta as precipitants to purify water. Although alum and iron salts are the most widely used chemical coagulants for community drinking water treatment, other coagulants have been and are being used to coagulate household water at point of use, including alum potash, crushed almonds or beans and the contents of Moringa and Strychnos seeds.

How the Process Works

Chemical coagulation-flocculation enhances the removal of colloidal particles by destabilizing them, chemically precipitating them and accumulating the precipitated material into larger “floc” particles that can be removed by gravity settling or filtering. Flocculation causes aggregation into even larger floc particles that enhances removal by gravity settling or filtration. Coagulation with aluminum or iron salts results in the formation of insoluble, positively charged aluminum or iron hydroxide (or polymeric aluminum- or iron-hydroxo complexes) that efficiently attracts negatively charged colloidal particles, including microbes. Coagulation-flocculation or precipitation using lime, lime soda ash and caustic soda is used to “soften” water, usually ground water, by removing (precipitating) calcium, magnesium, iron, manganese and other polyvalent, metallic cations that contribute to hardness. However, reductions in microbial contaminants as well as turbidity, and dissolved and colloidal organic matter are also achieved in this process.

Because coagulation-flocculation treatment with alum, iron and other coagulants requires knowledge, skills to optimize treatment conditions, it is generally considered to be beyond the reach of most consumers. Most authorities consider such treatment to be best performed in specialized central facilities by trained personnel. This type of treatment is less likely to be performed reliably at point-of-use for household water treatment. Furthermore, the limited availability and relatively high costs of alum and ferric salts in some places present additional obstacles to widespread implementation of this technology at the household level. 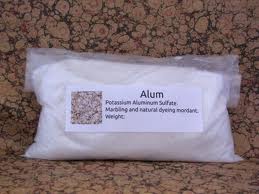 Despite the caveats and limitations, alum coagulation and precipitation to remove turbidity and other visible contaminants from water at the household level has been traditionally practiced for centuries in many parts of the world. When potash alum was evaluated for household water treatment in a suburban community in Myanmar by adding it to water in traditional storage vessels (160L capacity) at 500 mg/L, fecal coliform contamination was reduced by 90-98% and consumer acceptance of the treated water was high. The ability of the intervention to reduce diarrheal disease was not reported. In another study, alum potash was added to household water stored in pitchers of families with an index case of cholera and intervention and control (no alum potash) households were visited to 10 successive days to track cases of enteric illness. Illness among family members was significantly lower (p < 0.05) in intervention households (9.6%) than in control households (17.7%). The authors concluded that household water treatment by adding a pinch of alum potash was effective in reducing cholera transmission during outbreaks and was an appropriate and low cost (1 cent per 20 liters) intervention.