Formaldehyde as a Water Contaminant

Although formaldehyde has scary connotations, mainly because of its long-time use as an embalming fluid, it is currently an unregulated substance. Ironically, the most common source of formaldehyde in drinking water is from water treatment.  As is most often the case with chemical contaminants, activated carbon filtration is the best way to remove it.  Here is an in-a-nutshell view of the chemical from the Pure Water Products contaminant list.

Formaldehyde is a naturally occurring chemical used in the manufacture of other chemicals and in cosmetics, fungicides, fabrics, embalming fluids, wood resins, carpeting, and some cleaning products.

The most common route of human exposure is through inhalation, especially inhalation of cigarette smoke and fuel exhaust, 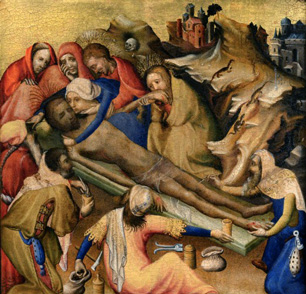 Formaldehyde is a common ingredient of embalming fluids.

but it can also arrive through food packaging and cosmetics. According to the World Health Organization, it arrives in drinking water most commonly as a byproduct of water treatment involving ozonation or chlorination.

Exposure to large amounts of formaldehyde can cause skin irritation. In animal studies, long term exposure to ingested formaldehyde was shown to cause incidences of weight loss and damage to the stomach and digestive system.

The International Agency for Research on Cancer reports that there is “sufficient evidence” that formaldehyde is carcinogenic to humans, but by inhalation rather than ingestion. According to the WHO, drinking-water exposure to formaldehyde is not likely to cause cancer:

The weight of evidence indicates that formaldehyde is not carcinogenic by the oral route.

According to the WHO, formaldehyde levels may be reduced with granular activated carbon (GAC) or through changes in disinfection methods.