In Our Age of Information, Information About Fluoride and IQ in Children Is Hard to Find

An October 2012 publication of research done at the Harvard University Department of Environmental Health   surveyed numerous previous studies and reached the conclusion that ingesting fluoride has an effect on children’s neurodevelopment and that, in fact, “. . .children in high­ fluoride areas had significantly lower IQ scores than those who lived in low­ fluoride areas.” 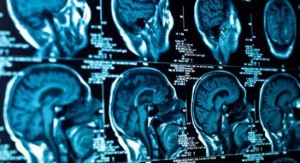 There have now been 36 major studies that link fluoride with lower IQ in children.

on the evening news.  And what’s doubly sad is that it isn’t news at all.  The Harvard researchers  (Anna L. Choi, Gufian Sun, Ying Zhang, and Phillippe Grandjean) made no startling discovery on their own.  They simply reviewed the findings of many, many previous studies that have shown similar results but have also failed to be reported on the evening news.

The relationship between fluoride and the dumbing down of children isn’t new and it isn’t secret.  It is surprising, though, how few people are aware of it.  The next time your dentist speaks out for fluoride, ask him if he’s aware of the Harvard research showing that fluoride has a demonstrable bad effect on the neurodevelopment of children.  If he says that the Harvard research is part of a commie plot to ruin America’s teeth, look for another dentist.