Excessive Salt Could be the Death of the Almond Industry

The California drought is killing almond trees, too 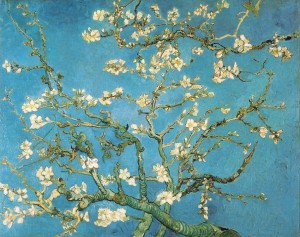 Salted almonds are essentially God’s gift to snack food, salads, and ice cream. But when it comes to growing almonds, salt can really screw things up. Unfortunately for California’s almond orchards, salty groundwater has become a huge problem and it’s killing trees across the state. That’s right: We’re talking about almonds and California again, folks, but bear with us.

Valley Public Radio has the story:

High salinity levels in groundwater used for agriculture on the Westside of Central California is commonplace, but this year the issue is compounded. Many farmers have a zero allocation of surface water from the Delta. These farmers are forced to irrigate with salty groundwater and the little water they receive from the Sacramento Delta is also high in things like salt.

“Without any adequate rainfall to move those salts down through the soil there’s just no way for us to remove those salts,” Parreira says. “Not only is it staying there, we’re adding to it because of the poor quality from the Delta.”

Almond trees are able to deal with some salt, but if they take in too much, the mineral becomes toxic to them — just like humans! The tree leaves begin showing signs of salt burn, and eventually the whole tree could die. As the problem has become more widespread, the Almond Board of California predicts crop yields will decrease by four percent in 2015, the radio station reports. According to “Almond Doctor” David Doll, the groundwater could be diluted to reduce salt levels – but that requires rain.

Basically, you may have to end your love affair with almonds whether you’re guilted into it or not. We’re sorry!