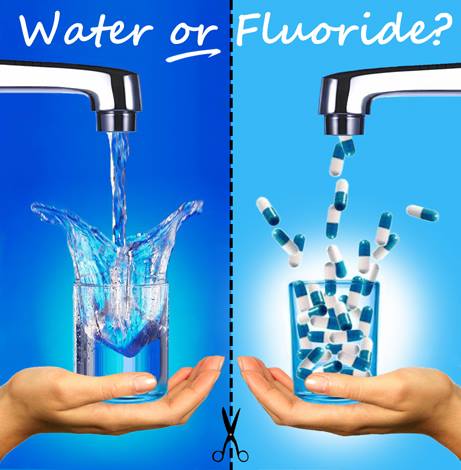 After a great deal of research and personal thought, I am opposed to the continued policy and practice of drinking water fluoridation; I believe this harmful practice must be ended immediately. Public drinking water is a basic human right; and its systematic use as a dispensary of a substance for medical purposes is deplorable.

Shocking revelations are surfacing in the growing scandal; real harm from fluoride affects people of all races and ages, but one of the especially shocking aspects of the scandal is how dental and government officials responded when The Lillie Center for Energy & Health Studies publicized the science showing disproportionate fluoride harm to the African American community. Minority community and civil rights leaders have been speaking out, including Dr. Martin Luther King Jr.’s niece Alveda King. Ms. King recently posted on my Facebook page that I should keep shining the light on Fluoridegate. Ms. King also called for public hearings, and I agree: it’s time for meaningful public hearings. There are numerous documents and aspects to this scandal that investigative bodies and investigative journalists will want to examine.

Now is the time for professional and consumer advocacy groups that have blindly lent their name to support drinking water fluoridation to rescind that permission. How many of them actually conducted their own reviews before allowing their name to be used? And now is the time to ask the hard questions about the nature of the relationship between trade groups, our surgeon generals, and other government officials concerning drinking water fluoridation.

As a mother and grandmother, I am concerned about families in fluoridated communities using fluoridated drinking water from their tap to mix infant milk formula. I am concerned that the National Research Council of the National Academy of Sciences has designated kidney patients, children, diabetics and seniors as “susceptible subpopulations” that are especially vulnerable to harm from ingested fluorides. How can we in good conscience give susceptible persons an uncontrolled amount of fluorides in water? I also strongly support Drinking water utility professionals, many I know many deplore and feel guilty about the idea of dispensing medication through drinking water and working with the dangerous fluoridation chemicals.

Drinking water fluoridation takes away people’s freedom to choose what they take into their bodies. Low income families may not have the financial means to avoid over dosing with their drinking water.

I call for four avenues of action:

1. An immediate repeal of all laws that require or enable fluoridation.
2. Holding of Fluoridegate hearings at both national and state levels.
3. For professional associations and advocacy groups to rescind allowing their names to be used to support drinking water fluoridation.
4. For key research to immediately begin on how to safely remove fluorides that have accumulated in people’s bones and pineal glands.

My career has been about making people aware of harmful exposures and the deception that often accompanies those exposures. Drinking water fluoridation is harmful, we’ve been deceived to believe it is safe, and with new found knowledge we must all act now to stop it.