Cleaning Up After California’s Pot Farmers 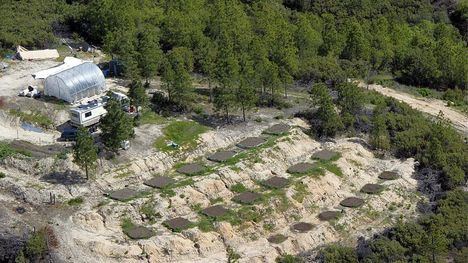 Long known as the nation’s “salad bowl,” California has also become its marijuana bowl. The state produces as much as 70% of the cannabis sold in the United States, and its landscape bears the scars of both legal and illegal cultivation. Pristine habitat has been clear-cut to make way for pot farms, roads have been carved into hillsides, creeks have been pumped dry for irrigation and wildlife has been poisoned by pesticides and rodenticides. The effects of irresponsible cultivation, coupled with the drought, could doom the survival of some salmon species in Northern California.

Environmentalists now worry that damage to the state’s flora and fauna from marijuana growing will only increase as more states vote to legalize the recreational use of the drug. It’s essential that the various ballot measures being floated for California’s November 2016 election include not only rules for regulating marijuana farms but enough funding to enforce them and to mitigate the damage that’s already occurred.

Too often, however, the environmental impacts of cultivation are an afterthought. California legalized medical marijuana nearly 20 years ago, but state lawmakers largely ignored the exponential increase in cannabis cultivation. Now, officials estimate there are 50,000 marijuana plantations across the state. Yet the California Department of Fish and Game has 16 people to police pot farms and has been able to inspect fewer than 1% of the sites. Gov. Jerry Brown budgeted $3.3 million in 2014 to boost enforcement, but experts estimate that the state needs $25 million a year to regulate these plantations and enforce environmental laws.

Recent legislation around the country hasn’t made environmental protection a priority either. Neither Washington nor Colorado earmark tax revenue from the sale of recreational marijuana to help enforce rules on growers. (To be fair, those states have more indoor growing and haven’t experienced damage on the scale of California.) The California Legislature recently passed bills that regulate medical cannabis, but lawmakers removed a proposed excise tax that would have generated $60 million for environmental cleanup and enforcement. Instead, the bills would let state agencies raise fees on licenses to cover enforcement. The high cost of licenses, however, could prompt some growers to remain in the black market rather than come into compliance.

Until recently, there has been little opportunity and no incentive for growers to act responsibly. Any effort to legalize marijuana must ensure that this billion-dollar industry repairs the legacy of damage and becomes a responsible steward of the land.