Some 40,000 Iraqi refugees face starvation after being forced into hiding on a barren mountain top by a circling band of bloodthirsty jihadists.

They must now decide whether to descend and risk being slaughtered or hope their attackers are defeated before they die of thirst or hunger, officials said.

They were driven from the town of Sinjar by ISIS over the weekend and have already been forced to bury at least 20 children who succumbed to the harsh conditions on Mount Sinjar.

The above, from a Daily Mail article (August 7, 2014), was one of many news stories that focused on the plight of the Yazidis, a religious minority being threatened by extinction with the advance of ISIS in northern Iraq.  Dying of thirst may be an abstraction to most of us, but the real experience is a horror we don’t like to even imagine.  I’ve excerpted and adapted the following from a Washington Post story on the Yazidi dilemma. –Hardly Waite.

According to The Post’s Loveday Morris, the militants have surrounded 10,000 to 40,000 members of a religious minority sect, the Yazidi, on a barren mountain, where the refugees are beginning to die of thirst and hunger. The Yazidi, who ISIS considers apostates, fled there when the jihadi forces overwhelmed Kurdish fighters in the nearby town of Sinjar.

Children and older people are succumbing in the 100-plus degree heat, Morris reported in this terrible dispatch. There is no place to bury them on the rocky hill. The Iraqi government has tried to drop water to them, with little success.

“There are children dying on the mountain, on the roads,” Marzio Babille, the Iraq representative for the United Nations Children’s Fund (UNICEF)  said Tuesday. “There is no water, there is no vegetation, they are completely cut off and surrounded by Islamic State. It’s a disaster, a total disaster.”

As this barbarism continues, I asked Jeffrey Berns, president-elect of the National Kidney Foundation and a nephrologist at the University of Pennsylvania, what these children may be going through.

“People are going to be miserable.”

The body is about 60 percent water, and under normal conditions, he said, an average person will lose about a quart of water each day by sweating and breathing and another one to three quarts by urinating, he said. In the heat and under more difficult physical conditions, that amount increases, he said.

If it’s not replaced over time and dehydration becomes severe, cells throughout the body will begin to shrink as water moves out of them and into the blood stream, part of the body’s efforts to keep the organs perfused in fluid.

“All the cells will shrink,” Berns said, “but the ones that count are the brain cells. They don’t operate normally when they’re’ shrinking.” Changes in mental status will follow, including confusion and ultimately coma, he said. As the brain becomes smaller, it takes up less room in the skull and blood vessels connecting it to the inside of the cranium can pull away and rupture.

This man, who died of dehydration, during a wilderness survival exercise, suffered delirium and hallucinations before he succumbed, according to an Associated Press investigation.

Victims’ kidneys may shut down first, Berns said, as they continue to lack access to both water and salt. The kidneys cleanse the blood of waste products which, under normal conditions, are excreted in urine. Without water, blood volume will decline and all the organs will start to fail, he said. Kidney failure will soon lead to disastrous consequences and ultimately death as blood volume continues to fall and waste products that should be eliminated from the body remain.

Sadly, children die this way every day in places around the globe where safe drinking water is not available. About 760,000 children die of dehydration caused by diarrhea, the second-leading cause of death in children under 5, according to the World Health Organization. 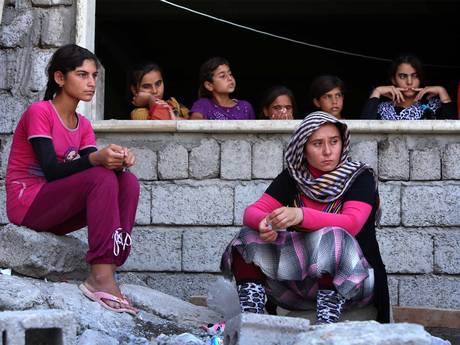