Antarctica’s strange Don Juan Pond is the saltiest natural body of water on Earth, a fact that keeps the little body of water from freezing in an otherwise frozen continent.

There has been speculation but no real understanding of how the pond gets enough salt to avoid freezing and also how it gets its water.

A Brown University researcher took more than 15,000 pictures over a period of two months in attempt to answer these questions  (see photo below).  Evidence gathered from the pictures may also give clues to how liquid water might also flow on Mars. 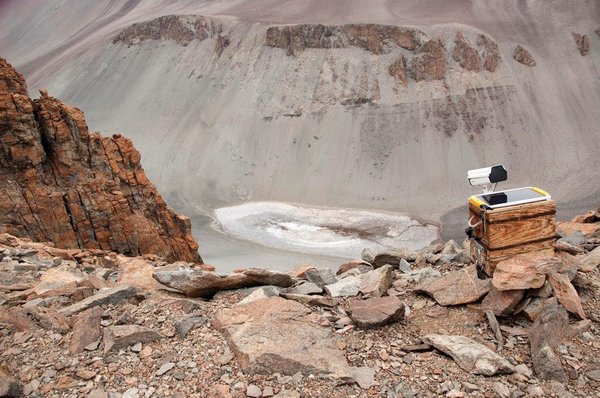 Don Juan Pond in the Antarctic is the saltiest natural body of water on the planet.

The photos revealed that the pond’s water level rises slight with the temperature (indicating that there might be a bit of melting snow that adds to the pond’s water) and also dark streaks that could indicate that calcium chloride is being washed into the pond by the tiny water flow from melted snow.

Please read more details of the Don Juan Pond photo studies and their significance at the Science at NBC News website.