Do Sodas Make You Age Faster?

A lifetime of sugary sodas may be 4.6 years shorter 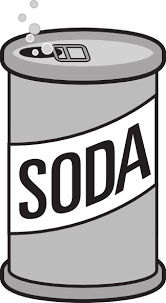 You knew that drinking sugary sodas could lead to obesity, diabetes and heart attacks — but, according to a study published in the American Journal of Public Health, it may also speed up your body’s aging process.

As you age, caps on the end your chromosomes called telomeres shrink. In the past several years, researchers at the University of California at San Francisco, have analyzed stored DNA from more than 5,300 healthy Americans in the National Health and Nutrition Examination Survey (NHANES) from some 14 years ago. And they discovered that those who drank more pop tended to have shorter telomeres.

The shorter the telomere, the harder it is for a cell to regenerate — and so, the body ages.

“We think we can get away with drinking lots of soda as long as we are not gaining weight, but this suggests that there is an invisible pathway that leads to accelerated aging, regardless of weight,” psychiatry professor Elissa Epel, senior author of the study, told CBS San Francisco.

According to the research, drinking a 20-ounce bubbly beverage every day is linked to 4.6 years of additional aging. You get the same effect by smoking, said UCSF postdoctoral fellow Cindy Leung, lead author of the study. About 21 percent in the sample said they drank at least that much soda per day. However, researchers say, a link does not mean causation.

“The extremely high dose of sugar that we can put into our body within seconds by drinking sugared beverages is uniquely toxic to metabolism,” Epel told Time.

Scientists found no link between cell aging and drinking diet sodas or fruit juices. But Epel said the results might be different with more modern data.

“We think that the jury’s still out on sugared beverages — theoretically they’re just as bad,” she told Time. “But 14 years ago, people were drinking a lot less sugared beverages. … They were mostly drinking soda.”

The authors said the study looked at each participant at only one point in time; it did not track them. The participants, ages 20 to 65, had no history of diabetes or cardiovascular disease.

But, with or without sodas, telomeres naturally shorten over time.