Is Fluoride Absorbed Through the Skin?

By Emily McBroom and Gene Franks 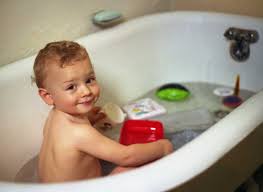 We discovered an amazing fact about municipal water fluoridation.  Although this seems incredible, city water suppliers, at the recommendation of government health officials and independent groups like the American Dental Association, have been dosing fluoride into municipal water supplies for several decades although no one has yet bothered to find out to what extent fluoride in water is absorbed through the skin.  Although there have been a few studies buried deep in academic archives that dance around the subject of human uptake of fluoride through the skin, there is certainly no clear-cut understanding of the issue as there is, for example, with the dermal uptake of chlorine.

The absorption of chlorine through the skin has been studied and well established.  Studies we’ve done regarding the uptake during bathing of contaminants like lead and arsenic have yielded a lot of information. Not so with fluoride.

Although we did some general searching, we spent a lot of time reading the references from the website of an active and research-oriented anti-fluoridation organization, the Fluoride Action Network (FAN), with the assumption that if evidence exists that fluoride is taken up through the skin an organization looking for reasons to end fluoridation of tap water would find it.  Searches of the FAN site and general searches of the web, however,  reveal that specific studies that focus on absorption of fluoride through the skin do not exist. Most studies of contact of fluoride on human skin focus on hypersensitivity to fluoride through ingestion and topical use inside the mouth.  As one fluoride researcher put it, ” . . . skin problems are a reflection of what’s going on inside your body.”

One study indicates, for example, that fluoride can penetrate the mouth’s mucous membrane but does not cross the skin barrier. There are studies of the reaction of the skin to contact with fluoride such as contact dermatitis, inflammation, skin lesions, and rashes. There are studies documenting human hypersensitivity to fluoride and many studies about allergic reactions to fluoride. There’s a scholarly study showing that fish (in this case Siberian sturgeon) take up F- directly from water and it is extremely detrimental to their health.  There are studies involving application of fluoride to the shaved leg of a rat and an ambitious study on the question of permeability of fresh and frozen human skin and fresh and frozen pig skin of anions including fluoride.

Although we find no studies that address these questions,  there are some publications that make general assumptions with little research to back them up.

For example, there is a reassuring essay by the European group The Scientific Committee on Health and Environmental Risks (SCHER). SCHER examines in detail the amount of fluoride one might get from drinking water, swallowing toothpaste and other oral means of ingestions, but passes the dermal absorption issue off lightly:

No experimental data on the extent of dermal absorption of fluoride from dilute aqueous solutions are available. As fluoride is an ion it is expected to have low membrane permeability and limited absorption through the skin from dilute aqueous solutions at near neutral pH (such as water used for bathing and showering). This exposure pathway is unlikely to contribute to the fluoride body burden.

On the possibility of inhalation during showering, SCHER says:

No systematic experimental data on the absorption of fluoride after inhalation are available. A few older occupational studies have shown uptake of fluoride in heavily exposed workers from fluoride-containing dusts, but it is unlikely that inhalation exposure will contribute significantly to the body burden of fluoride in the general population

Similarly, a publication of the New Hampshire Dept. of Environmental Service seems to say that fluoride can be taken in through the skin and through breathing but that in the real world this isn’t a big problem:

Fluoride can be absorbed from the gastrointestinal tract after ingestion, following inhalation, and through the skin. Soluble forms of fluoride, such as those added to fluoridate water, have been found to be absorbed at an efficiency of 90 percent or greater. Of the ingested fluoride that remains in the body, 99 percent is incorporated into the bones and teeth. Inhalation and skin absorption can be significant for some occupational exposure situations, but are not important exposure routes for fluoride in drinking water.
We take that by “drinking water” they mean fluoridated tap water.
See full article.
Our Conclusion

Since there is no hard evidence on the uptake of fluoride through the skin, at least none that we can find, we can rely only on common sense. Since fluoride is a potent poison that can kill and disable when ingested in amounts a bit larger than the accepted public water dosage, it seems implausible that significant quantities of fluoride are being taken in through the skin via exposure to fluoridated water. If fluoride were entering the body via the skin in large quantities, it would become obvious quickly in the form of fluoride poisoning in high risk groups like swimmers, people who take long showers and baths, and those who have prolonged workplace exposure to fluoridated water.

We are, therefore,  sticking with our own belief that fluoride is a significant issue when taken in by mouth but not so much when exposure comes via bathing or breathing.