Dead Water Birds Collect on Beaches In Chile and Peru

Some 2,000 birds have been found dead  on a four-mile stretch of beach in central Chile.

The birds include grey petrels, pelicans, gannets and Guanay cormorants. 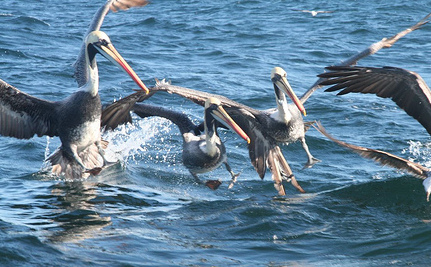 The mysterious reportings of dead birds in Chile follow other grisly discoveries in neighboring Peru. Thousands of maritime birds including pelicans as well as dolphins have been found dead on Peru’s shores in recent weeks. While environmentalists have suggested that oil exploration work is a possible culprit, government authorities blame warm water.