Dams–the Benefits and the Risks. 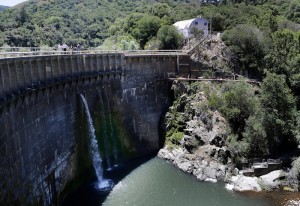 New York State has at least 5,352 functioning dams, 861 of which are owned or co-owned by local governments. Dams, which are barriers that hold back flowing water, serve many purposes. Some exist primarily for flood control. Many create ponds or lakes used for recreation, or reservoirs used to manage water supplies. Some generate hydroelectric power. Management of the large number of dams in the state of New York is no small matter, since a dam not only can be a valuable asset but it also represents a considerable public risk.

New York currently considers that 19% of its 5,352 dams represent a high or intermediate hazard to public safety.  That is, failure of such dams could cost many lives and much property damage.

The deadliest dam failure in U.S. history occurred in 1889 in Johnstown, Pennsylvania, when a breach led to flooding that killed more than 2,200 people. Just last year, in Northern California, authorities issued a mandatory evacuation order for approximately 188,000 residents living downstream from the Oroville Dam after heavy rains increased water levels, and concerns about its spillways led to fears of uncontrolled releases of water.  A breach in a large dam in New York could cause severe downstream flooding spanning multiple counties. For example, a complete failure of the Gilboa Dam, which can store up to 19.6 billion gallons of water, could devastate downstream communities in Schoharie, Montgomery and Schenectady counties, including the villages of Middleburgh, Schoharie and Esperance. A breach could also cause flooding along the Mohawk River and into the Hudson River.

Dam safety requires regular attention. Floods can cause serious damage very quickly. More generally, risks can increase over time, not only because structural concerns such as cracking, settling, or “piping” (internal erosion caused by water infiltration through an earthen dam) can develop and worsen, but also because any increase in development downstream means that more people and businesses may be in harm’s way should something go wrong.

A dam that once posed little risk to human life, because its failure would result only in flooding of farm fields or vacant land, becomes a greater threat once the land has been developed and people live and/or work there.16 New York’s high-hazard dams have an average age of 89 years; those classified as intermediate hazard are 83 years old on average.

Climate change is also likely to increase the risks dams pose. Global warming increases the frequency and severity of storms and accelerates the melting of the winter snow pack in the mountains, potentially subjecting dams to conditions that exceed their design specifications.

A relatively new – and growing – threat is sabotage carried out through cyber attacks. Dams operated by online controls have proven vulnerable to hackers. In 2013, a cyber attacker infiltrated the control systems of a dam in Westchester County.  The federal Environmental Protection Agency (EPA) helps water utilities improve their cyber security and manage risks associated with other types of terrorist threats.

This article is indebted to a study done by the Comptroller of New York state.  See the full report, with graphs and charts.

Much more about dams from the Pure Water Gazette.