Crude Remark About Drought Gets Indian Official in Hot Water

If there is no water in the dam, should we urinate into it? Ajit Pawar’s crass remark on drought in Maharashtra

A report from India Today.

In a Nutshell: There is great tension in the state of Maharashtra about the acute water shortage. When Deputy Chief Minister Ajit Pawar made an apparently insensitive comment about his state’s  water shortage, tempers flared and he was called upon to resign.

Maharashtra Deputy Chief Minister Ajit Pawar has stirred up a hornet’s nest with his comments – laced with crass humour — ridiculing the acute water scarcity in the state .

Pawar ridiculed a farmer who has been on a fast for over 55 days, demanding the release of water from a dam for his scorched field. In an outrageous statement, Pawar said, “This person from Solapur by the name of some Deshmukh is sitting on a hunger-strike for 55 days demanding water be released from the dam. But if there is no water there what should we release? Should we urinate there? In times without water, even urine is hard to come.”

While Pawar’s supporters broke into hysterical laughter at his “joke”, the comment has been equated with the famous insult by a Russian princess who said, “If they don’t have bread, let them eat cake.” Incidentally, Pawar is the nephew of Union Agriculture Minister Sharad Pawar, who has been promising relief for farmers. 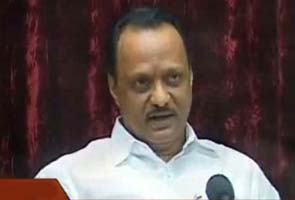 Pawar was addressing a rally in Inapur in Pune when he cracked what was his “joke” on the water crisis in Maharashtra. Perhaps realising his blunder, Pawar immediately said, “I am sure you all are thinking that I am drunk in the day itself.”The NCP has refused to offer any explanation on the issue, but this remark has not gone down too well within the party that is embarrassed to speak on it.A senior NCP leader in the state said, “It is unfortunate that he ended up saying that. It is certainly not even a matter to joke about and this comment will have severe repercussions in the coming days as it has given the opposition enough ammunition to fire at us.”

The BJP called the comment ‘crude’ and said that it reflected the arrogance with which Pawar, who has recently been re-appointed as the Deputy CM, treats the water crisis. “This is the lowest one can stoop down in politics,” a BJP leader said.

Incidentally, activists are up in arms against the state establishment for bringing the state to this point in terms of water management. Activists claim that the draught, which is the worst in Maharashtra since 1972, is a man-made problem, especially created by politicians who have bungled up the irrigation projects.

At the helm of the scam allegedly, is Pawar himself, who was forced to resign as the deputy CM last year after revelations were made by then IAC activist Anjali Damania.