Would You Rather Be Cremated in  a Factory or Buried Under a Christmas Tree?  An Introductory Note by Hardly Waite.

Daily we face  environmental dilemmas  that have no clear answer.  Paper or plastic at the grocery store is a good example. The Christmas tree dilemma discussed in the article below has already been aired in the Gazette.   We first printed Real Christmas Trees Are Second Only to No Tree At All, which was quickly answered by staff writer Tiger Tom in his snarling essay called “In Defense of Phoney Plastic Christmas Trees.”

When all the arguments are in, I’ll confess that although I don’t know why anyone would want a Christmas tree,  I side with the real tree people.  I feel this way for the same reason that I think cemeteries aren’t such a bad thing.  A friend who prefers cremation to burial as a more environmentally  sound way of getting rid of  dead people  feels  that cemeteries are a waste of land.  May be, but would the land be better used if we instead put up parking lots or convenience stores?  Cemeteries, after all,  usually have trees and plants and peace and quiet and don’t produce a lot of noise or light pollution.  The world would be a nicer place with more cemeteries and fewer freeways.   Same with Christmas tree farms, I say.  A tree orchard is better use of  land than a factory.

The piece below,  by Arlington, TX-based writer Teresa McUsic, is reprinted here from an email newsletter published by Green Source DFW.

The holidays are a time for lots of buying decisions, which makes it a perfect time to go green.    What better way than to start with the tree.

Many consumers still face the annual question of whether it is better for the planet to cut down a real tree or buy an artificial one. But Will McClatchey, vice president of research at the Botanical Research Institute in Fort Worth, said there is little room for debate—real trees are better.  “Absolutely, for lots of reasons,” said McClatchey, who has his PhD in evolutionary biology. 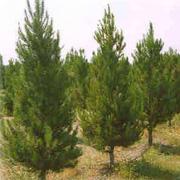 Artificial trees come in packaging, are generally shipped from China and eventually end up in a land fill, McClatchey said. The whole cycle leads to a higher carbon foot print, and a bigger mpact on the environment.       In contrast, live Christmas trees come from sustainable farms and are “completely recyclable,” McClatchey said.     “Those trees are planted for that purpose and in some cases the farms are on land not terribly good for much else,” he said.

McClatchey’s assessment is backed up by several studies, most notably one from Canada that shows consumers must hold onto a fake tree for 20 years before it equals the environmental impact of a real tree. Unfortunately, North Americans keep their fake trees for just six years, according to the study by Ellipsos, a sustainability development consultant in Montreal.  Using the six-year framework, the amount of carbon dioxide emission is much higher for artificial trees.

“The hot topic these days is climate change,” the study reads. “When looking at these impacts, the natural tree contributes to signiﬁcantly less carbon dioxide emission (39%) than  the artiﬁcial tree.”  The study can be read here.

But in North Texas you better act fast. The 2011 drought has still reduced the number of trees available and many households have already been out buying.  Jim Wilson, owner of Main Stay Farms in Cleburne, said he has sold almost all of the 400 trees tagged to be cut this year from his farm of 6,000 trees.      “We had hordes of families here the weekend after Thanksgiving when we first opened,” he said. “We’re down to our last 10 percent of trees available to cut.”

Wilson said he still had some Virginia Pine and Leyland Cypress available, as well as around 300 of the 550 Frasier firs he had shipped from North Carolina. Next year, he will begin selling a new tree for cutting, a white-barked Arizona Cypress.

“I ordered 1,400 of the trees for planting and they’ll be ready next year,” he said. “The tree is really pretty and doesn’t take as much water to grow.”

The 2011 drought slowed down some of his tree production, which usually allows for around 700 trees to be available each season, he said. It takes about six years to grow a tree to the holiday size, he said.To find a local farm for your Christmas tree, put your town or zip code into a directory available by the Christmas Tree Association at www.ChristmasTree.org   Wilson advises buying a tree that does not sit out in the Texas sun after being cut. After buying, cut ½ inch off the trunk and soak in water. Once inside your home, water daily and keep always from heat vents.