The Best Way to Boil Water

If you worry about problems like is it better to turn off a light when you leave a room if you’re coming right back,  or if you should take paper or plastic at the grocery store, or if you should turn off your motor or let it idle at the drive through window at the bank, you’ll no doubt have given considerable thought to what is the most economical and energy-efficient way to boil the water for your morning cup of tea.

Gallon Environment Letter did not lay the issue completely to rest, but it offered some useful information:
What is the best way to boil water was asked in a blog called Home Efficiency. The bloggers did their own data collection in an all electric home to see how 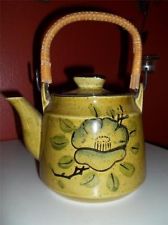 much electricity was used by a microwave, stovetop and kettle to boil a certain number of cups of water. The bloggers carried out 13 tests on a typical microwave (1.3 kw), electric stove (1.5 kw element) and standard electric kettle (1.5 kw) using an increasing number of cups of water from 1 to 8. The conclusion they reached was that the electric kettle uses the least energy for all volumes up to 4 cups which is all it holds so the 8 cups have to be done in two loads at which point it might be better to use the 2nd best choice: the stovetop. The microwave was third in all cases with the microwave performance growing worse with greater volume of water. But in interpreting the results, the bloggers said that even the differences between the best and worst would only cost $4 a year if they boiled a quart of water every day. The blog generated quite a few comments such as:
Home Efficiency Blog: Best Way to Boil Water Best. http://blog.plotwatt.com/2009/08/best-way-to-boil-water.html
The Gazette’s comment: Not mentioned was the very worst way to boil water, which is to have a hot-water dispenser under the sink or in a free-standing dispenser which puts out boil or near-boiling water instantly upon request 24 hours per day.