Can we rely on “the free market” to save water? 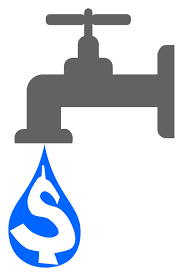 Although relying strictly on “the free market” to set the price of an essential commodity would certainly create its own set of problems, allowing the real cost of providing water to play a major part in determining of the price we pay would certainly make sense. The Gazette has consistently advocated higher water prices as a means of conservation as well as a necessary part of a well-funded public water system. We forget that we live in a world of subsidized products. Water is not the only commodity for which we pay way less than the real cost. If “the free market” alone determined the price of gasoline, few of us would be driving cars and eating almonds trucked from California. While we certainly need to reform and simplify our antiquated water distribution system and increase the price we pay for water, we believe that water is an essential element that belongs to us all and that allowing “the free market” alone to determine its distribution and availability would result in water being distributed  the same way that money is distributed–with 1% of the population controlling most of it.–Hardly Waite.

As California searches for solutions to our ongoing drought, we would do well to look to how Australia successfully responded to a similarly severe drought nearly 20 years ago. In 1995, Australia found itself in the midst of the most serious drought since European settlement began. Rivers were drying up, and farms were going fallow all over the country. The crisis was so severe that Australia was forced to do something that was considered radical at the time: It adopted a market price for water.

Australia proved the theory behind water markets could work in the real world. Australia is subject to regular (often severe) droughts. The severity of the drought that began in 1995 forced Australia to try a variety of measures to combat water scarcity. It tried everything, from mandated cutbacks to building huge, expensive desalination plants. Nothing worked. Then, in 2007 Australia adopted a national system for trading water rights, building on smaller programs created in a previous drought by some of Australia’s states. In doing so, they created a national market for water.

After water markets were adopted, water consumption in Australia fell by 35 percent. Today, water consumption in Sydney is only about 83 gallons per person per day. Compare this with 193 gallons a day in Irvine, 186 gallons in Anaheim and 219 gallons in Orange. Australia got its citizens to conserve by using prices. Because they have to pay the market price for water, residents of Sydney pay about $6.50 per 1,000 gallons of water. In Irvine, the cost is much less, at only $3.19 per 1,000 gallons. But because people in Sydney use so much less water, the average person there pays only about $196 per year for water, whereas residents of Irvine pay about $228 per year for water.

In California, there is no market price for water. Of California’s 58 counties, 22 restrict any trading of water for any reason. Water in California is governed by a convoluted morass of regulations and bureaucracy. The state has 3,000 separate water districts and agencies, many of which exist only to sell water to each other at artificially low prices. Orange County alone has 28 separate water agencies.

This bureaucratic tangle means that instead of adopting a rational system of water trading based on market prices, we have responded to our drought by putting restrictions on when a restaurant can serve a glass of water to its patrons. No serious person believes this sort of rule will have a measurable impact on conservation.

If leaders in Sacramento want to do something that would actually alleviate the drought in a way that would protect both our environment and our economy, they should take inspiration from Australia, do away with pointless red tape and adopt a market price for water.