Can Fish Use Tools? An Australian Photo Has Created A Scientific Controversy

A professional diver swimming in the ocean off Australia snapped the picture below at a depth of sixty feet. 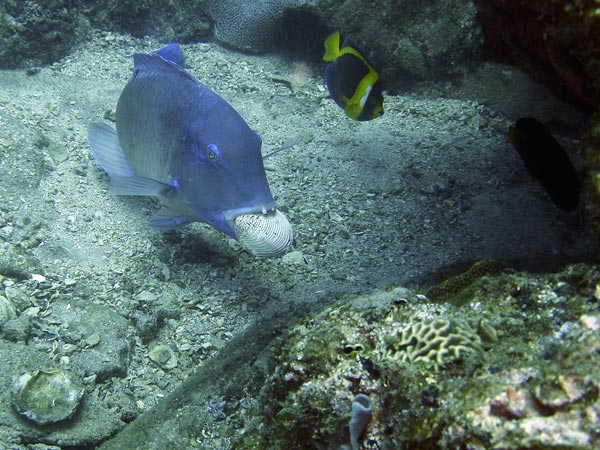 The fish, a blackspot tuskfish, is carrying a cockle in its mouth.  The fish swam to a nearby rock and repeatedly bashed the shellfish again the rock to get at the edibles inside.

A recent study in the journal Coral Reefs says the picture—snapped  in Australia’s Great Barrier Reef in 2006—is the first ever taken of a tool-using fish in the wild.

It took six years to publish this research, because reviewers argued  about whether it was a true example of tool use or not. At issue is whether the tuskfish behavior fits the classic definition of tool use, which requires an animal to actually hold or carry the tool and use it to manipulate another object.

Cracked and empty shells lie in heaps on the seafloor at the site of the smashing incident, indicating that the practice is common.