Caffeine–How it gets into our water.

How does caffeine get into our water?

It turns out that our bodies don’t absorb all the caffeine we consume. Some gets expelled in our urine and ends up entering sewage systems or the environment, posing a threat to wildlife and perhaps to our health.

Sewage treatment plants usually do a good job removing caffeine, and the treated wastewater they release back to the environment is generally free of it.

But in a number of recent studies, caffeine has been detected in water sampled from remote streams – far from urban areas and sewer systems. This suggests our appetite for caffeine has crossed some unseen threshold, and is beginning to impact the environment. 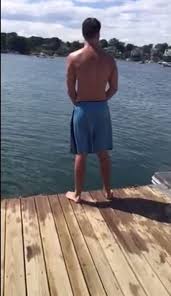 All Caffeine Comes into the Environment Through Humans

Literally, through us. There are no natural sources of caffeine in North America. So any caffeine found in water samples surely came from humans, whether in beverages, food or pharmaceuticals. That’s one result of a study recently conducted by the San Diego Regional Water Quality Control Board.

“When we started getting results, we realized it’s way more prevalent than just from leaky sewer lines and septic systems,” said Carey Nagoda, a water resource control engineer for the water board. “So that was kind of a puzzle.”

Nagoda analyzed nearly 100 water samples over a seven-year period from throughout San Diego County and part of Orange County. They came from a range of sites encompassing raw sewage and treated wastewater in urban areas, as well as streams in remote open-space areas where there is no human development.

For example, Cedar Creek Falls, a popular hiking destination in Cleveland National Forest, is one area where the San Diego Regional Water Quality Control Board has detected caffeine in the water.

What was surprising was that more than one-third of the samples from open-space areas tested positive for caffeine. The samples from these areas ranged from 0.032 to 0.662 micrograms per liter, or similar to those samples taken near septic systems.

The areas known for high recreational use – like fishing, horseback riding, hiking, camping – were the ones that had high caffeine levels, suggesting that visitors in these areas may not be practicing good habits, whether by urinating too close to streams or leaving waste behind.

The results also suggest that other contaminants found in human waste, such as pharmaceuticals and pathogens, could be polluting these areas.

Numerous studies have shown that caffeine is toxic to a variety of wildlife at high concentrations. The effects are less clear in cases of continual exposure at low levels  because little research has been done in this area. So far, clear toxic thresholds have yet to be firmly established.

To cite an example, one study showed that mussels exposed to caffeine may face a risk of genetic mutation. Other research at UC Irvine found that caffeine in seawater may contribute to coral bleaching.

Studying caffeine contamination is complicated. Researchers learned, for example that caffeine is easily aerosolized, so a Starbucks in the neighborhood can skew test results.

Currently, there are no water-quality standards established for caffeine in wastewater effluent.

At present, the best defense against caffeine in our water depends on the habits of individuals.  It matters where you urinate. One expert advises: “… don’t dump leftover caffeine beverages or containers where they could enter streams or storm drains. And when enjoying the outdoors, exercise proper bathroom practices. That means using a designated restroom or outhouse whenever available. If that’s not possible, choose a proper site at least 200 feet from any waterway. Residents should do their part to help reduce caffeine release to the environment . . . .The cumulative effect on ecosystem health is not known at this time.”

Removing caffeine from water in the home? While caffeine at levels that might be in tap water is not considered a contaminant of concern for human health, filtration through standard activated carbon filters should reduce it significantly. There is currently no plan to regulate levels of caffeine in tap water.