Is Science’s “More Is More” Bias Skewing our Understanding of BPA?

A recent Newsweek article (“BPA Is Fine, If You Ignore Most Studies About It”) reveals the telling fact that eleven of eleven chemical industry funded studies on the safety of BPA, the much suspected ingredient of things from plastic water bottles, to tin can liners, to heated copy papers, have found BPA to be perfectly safe, while 109 of 119 studies that had no industry funding (92 percent) found bad effects from BPA. 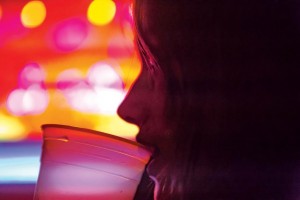 The outcome of the industry-financed research comes as no surprise; we’ve come to expect researchers to become the whores of whoever is paying the bill. Nor is it surprising that findings on BPA become confused and meaningless because of Big Science’s stubborn refusal to put aside one of its sacred beliefs–the unquestioned assumption that large doses of any substance are more powerful than smaller doses.  The Newsweek author, Douglas Main, explains:

Several dozen studies in the past five years or so have found average human blood serum levels of BPA in the low range, around 1 part per billion (ppb). Many of the negative health effects in animal studies have been shown to occur at these levels, says Laura Vandenberg, who researches endocrine disruptors at the University of Massachusetts, Amherst. But the established methods for testing the toxicity of substances—the degree to which they can harm the human body—assume that the toxic impact is more or less proportional to the amount ingested. Endocrine disruptors like BPA, which act like hormones, don’t “play by the rules,” says Patricia Hunt, a geneticist at Washington State University. Hormones can have very different effects at low and high levels. An estrogenic chemical can induce cell growth at low levels but inhibit it at high concentrations, for example. Regulatory agencies have begun to recognize this but still “keep relying on standard toxicology tests,” Hunt says.

The FDA has recently concluded that there is not sufficient evidence linking BPA to behavior disorders like hyperactivity and obesity for it to be banned, although “to date, there have been around 1,000 animal studies on BPA, and the vast majority show that it causes or is linked to many health problems, from alterations in fertility to increased risk for cancers and cardiovascular problems to impaired brain development.”