Bathing Can Be Hazardous to Your Children’s Health

Eric and Laura Rudeseal had already started tearing out the baseboards and door frames in their Arlington home when they realized there might be lead-based paint.

With two young children and a third on the way, they recognized the need for safety while remodeling the 1964 home Eric Rudeseal grew up in.

They tried a home test kit but still weren’t sure whether they were dealing with lead. So they ordered blood tests for 2-year-old Trevor and 6-year-old Kassidy. Results indicated both had been exposed to the toxic heavy metal. But to their surprise, paint wasn’t the source. 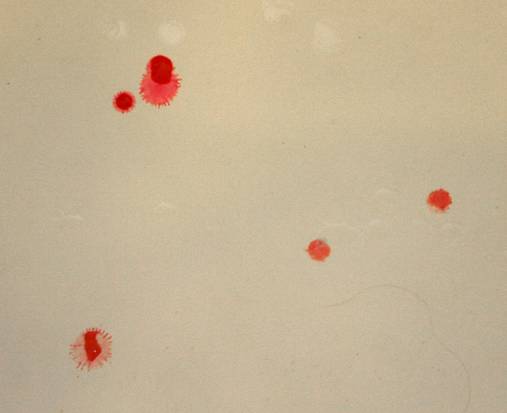 A  lead testing kit can show spots where lead is present in bathtubs.

After a lot of expense and help from an expert, they found the problem: their bathtubs.

Dean Lovvorn, a Plano-based lead risk assessor, specializes in finding the source of low-level lead exposure in children. He said the No. 1 source today is still lead-based paint, even though it has been banned since 1978. But he’s finding through his work in the Dallas-Fort Worth area that bathtubs are the second most common culprit.

The lead comes from cast iron or steel tubs coated with a porcelain glaze. As the glaze wears down from age and use, the lead in the glaze can leach into bath water. Young children who drink bathwater or put their wet hands or toys in their mouths during bath time are at greatest risk.

There is no safe level of lead exposure in children. Even a small amount can cause damage that lasts a lifetime.

Exposure is measured through a blood test. A blood lead level of less than 5 in children can cause decreased academic achievement and a lowered IQ as well as problem behaviors and attention deficit disorders. Blood lead levels less than 10 in children have been linked to delayed puberty, decreased IQ and decreased hearing.

Tests in August showed Trevor and Kassidy had lead levels of 4.4 and 4.5. They had been taking baths when they stayed overnight at the home while their parents did the remodeling. A separate test also showed lead leaching from the bathtub in their existing Arlington home.

“It was kind of a surprise,” said Laura Rudeseal, who is familiar with lead poisoning because of her training as a registered nurse. She said she’d never heard of the dangers from old bathtubs.

Her children only take showers now. The couple hope to eventually replace the tubs in their home to remove any risk from lead.

“It’s infuriating to me that it’s still an issue,” Eric Rudeseal said.

Tamara Rubin knows well the dangers of lead. Two of her sons have brain damage from lead poisoning suffered in 2005 due to unsafe practices by a painting contractor. She has since founded the nonprofit Lead Safe America Foundation and is putting the finishing touches on a documentary, MisLEAD: America’s Secret Epidemic, which will be released next year.

She said she often finds bathtubs tainted with lead — they are everywhere. Yet people don’t know about the risks.

“It’s always tested as a last resort in a family that has an exposed child,” she said.

The use of porcelain glazes containing lead is not regulated, although many American companies have voluntarily stopped using them. The Healthy Homes and Lead Safety group, which is based in North Carolina, states that some manufacturers were using lead in the glaze of certain bathtubs as recently as 1995.

Adding to the problem is the number of building supply centers that recycle old bathtubs for installation in newer homes, Rubin said.

Lovvorn’s 1992 Plano home has a tub that leaches lead. The 1977 home in Dallas’ Lake Highlands area where his daughter and grandchildren live also has a lead-glazed tub.

Officials with the Texas Department of State Health Services say lead found in the glazes of bathtubs is a potential hazard, but it’s unclear how much of a hazard.

A home test kit available in the paint section of most hardware stores can detect the presence of lead. Lovvorn is quick to point out that the chemicals in the test kit may permanently stain the bathtub. He recently covered his daughter’s tub with pink and red blotches while sampling for lead. It serves as a reminder, he said, to keep the kids out.

National Lead Poisoning Prevention Week, which starts Sunday, aims to raise awareness about lead poisoning and the risks. The Centers for Disease Control and Prevention considers it the most preventable environmental disease among young children.

Rubin said what’s most surprising is how uneducated people are about the risks from lead poisoning. Most of the lead hazard information is directed at low-income families, but lead poisoning strikes at every income level, she said.

“Education needs to have a broader base,” Rubin said. “That’s why I made the film, because I wanted to reach out to the whole country and not just limit it to low-income families.”

Many children exposed to lead will not show any obvious symptoms. That’s why some health experts recommend that all children be tested.

The state of Texas requires lead testing only for children on Medicaid and those living in targeted neighborhoods with a large number of older homes. But even those children aren’t always tested.

“If all children had their blood tested, they would see a big outcry,” Lovvorn said.