Argentina May Be Over-Drawing Its Aquifers

BUENOS AIRES, Oct 10 2013 (IPS) – Half of Argentina is supplied with water by invisible underground aquifers, which are crucial in the country’s arid and semi-arid regions, experts say. But Tierramérica discovered that nobody – not even the government – has any accurate scientific data on these groundwater reserves.

Beyond the Guaraní Aquifer, the vast underground body of fresh water shared by Argentina, Brazil, Paraguay and Uruguay, little is known about the groundwater reserves of this country with a wealth of highly visible water resources, including the rivers of the Rio de la Plata Basin, Iguazú Falls, and the majestic glaciers of Patagonia.

The Guaraní Aquifer became well known due to a monitoring planfunded by the Global Environment Facility (GEF), “but in Argentina there are other aquifers that are exploited much more intensively” and support regional economies, said Ofelia Tujchneider, a geologist from the National University of the Littoral. 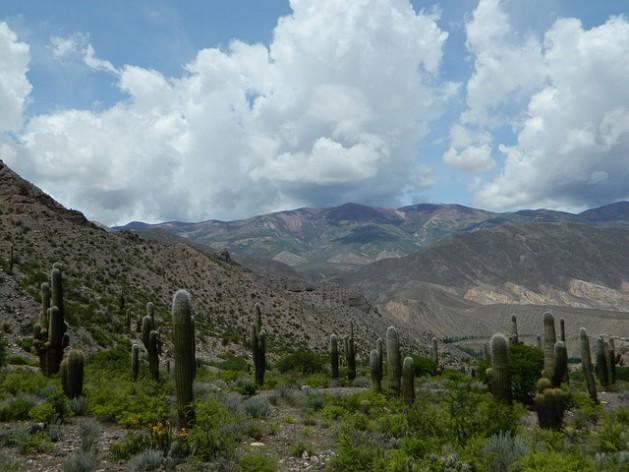 In terms of the quantity and quality of its water, the most important is the Puelches aquifer, which lies beneath part of the province of Buenos Aires, in eastern Argentina, Córdoba in the centre of the country, and Santa Fe in the northeast.

According to the Environmental Atlas of Buenos Aires, the depth of the Puelches aquifer ranges from 40 to 120 metres, and it supplies 9,900 cubic metres of water a day. It is located between the Pampeano aquifer, which is closer to the surface, and the deeper Paraná aquifer, whose water is salty and used primarily by industry.

In the eastern region of the country are the Ituzaingó, Salto and Salto Chico aquifers. And in the province of Neuquén, in the western part of the southern region of Patagonia, groundwater reserves provide water for the oil, gas and mining industries, explained Mario Hernández, a hydrogeologist from the National University of La Plata.

There are also aquifers in the southern province of Santa Cruz. And in the northwest, an arid region with little rainfall, these groundwater deposits are recharged by river water.

In the western provinces of Mendoza and San Juan, water is supplied primarily by underground reserves. As a result, the aquifers here are studied and protected, and subject to regular monitoring, because the local wine industry depends on the water they provide.

“Groundwater resources play a key role in arid and semi-arid regions. If it weren’t for the aquifers, massive engineering works would be needed to supply water for irrigation or residential use,” Tujchneider told Tierramérica.

Groundwater is abundant, of good quality, tends to be better protected from pollution, and can be found in large volumes even beneath arid, desertified or desert areas.

The Rio de la Plata Basin encompasses 85 percent of the country’s surface water resources, according to the book “Agua: Panorama general en Argentina” (Water: A general overview in Argentina), published by the non-governmental organisation Green Cross. But this network of rivers only extends to 33 percent of the country, in the northeast, and flows into the large estuary that gives the basin its name and empties into the Atlantic Ocean.

Much of the rest of the country is arid or semi-arid, with areas where the available water supply is less than 1,000 cubic metres per person per year, the measure used to define water scarcity by the United Nations Development Programme.

In 2010, 82.6 percent of the population, currently estimated at 41 million, was served by the drinking water supply system.

According to Hernández, half of the country is supplied with water by aquifers, which provide water for the irrigation of cereal and grain crops as well as the industrial and mining sectors and a large share of household consumption.

However, he stressed to Tierramérica, there are no accurate measurements or statistics on Argentina’s groundwater reserves.

The only available data is from a 2000 World Bank report, which estimated that groundwater resources account for 35 percent of the water used for irrigation, livestock farming, industry and household consumption.

Tujchneider believes that the current level of groundwater use is “quite a lot higher than 35 percent,” particularly because of an increase in irrigation and in rice production in recent years.

However, because of the lack of recognition of the immense value of this resource, there is a danger that groundwater reserves can become contaminated with agrochemicals, industrial waste or wastewater, or that they will be exploited beyond their recharge capacity.

The water stored in an aquifer may have been there for a very long time. If it is extracted without limits, it could run out, as is already happening in Mendoza, warned Tujchneider.

Hernández noted that aquifers are “more protected from contamination than surface water” but they are also “more fragile, and once they are contaminated, they are much more difficult to clean up than rivers.”

“There is a lack of knowledge. They are not valued, and they don’t teach about them in schools. Children think that water comes from a tap,” he commented.

The Federal National Groundwater Plan aims to put an end to this lack of visibility, said its coordinator, Jorge Santa Cruz, who has a PhD in natural sciences and headed up the studies on the Guaraní Aquifer. The first step will be the organisation of diagnostic workshops in the country’s different provinces, he told Tierramérica.

The objectives of the plan, which is being overseen by the Undersecretariat of Water Resources, include the development of a database of hydrogeological data so that aquifers are viewed as reserves of a resource that is “known, predictable and reliable,” even if it cannot be seen.

* This story was originally published by Latin American newspapers that are part of the Tierramérica network.