Are We Witnessing the Return of the Dust Bowl?

We’re in danger of dying of thirst, one drop at a time

In a Nutshell: As hard times approach there is still time to do something, but Americans, like the frog in the heating pot, continue to ignore the obvious warning signs.  Are we going to dribble our last drops of water onto a golf course in the middle of a desert?

It reminds me of the story of the frog in a pot of water on the stove. When the heat is turned up slowly, the frog doesn’t notice until it’s too late, and he finds himself in a pot of boiling water without the strength to jump out. So, too, we see the signs of drought all around and are doing nothing. How long before there is nothing left to do?

Some time back, I traced the Colorado River from Grand Lake to Yuma, Ariz. – finding only a trickle at the terminus where years previously there was a beautiful lush weeded marsh with great varieties of fish, flowers and birds, replaced now by a cracked dry desert bed of ugly hard mud. The river never makes it to the sea, but the portion that is diverted off into the All American Canal trudges west to California to irrigate the Imperial Valley and provide San Diego with desperately needed water. The fluid in the All American Canal is a shiny yellow green soup of phosphates, fertilizers and salt with a dash of animal and human waste thrown in, too. Don’t judge hastily and call people paranoid who double wash all produce from the Valley, especially after seeing the water that irrigates and grows those crops.

Recently, I traveled across New Mexico and Arizona. I always scan the local papers for water, ranching and agricultural news. This time the articles were front page and gloomy, headlining the latest data showing that cattle herds were at all-time lows as a result of the drought. Drought means no water for the cattle to drink, no water to grow feed, and since neighboring states all have the same problem, imported feed becomes excessively expensive. No one needs a degree in “the dismal science” of economics to understand that with fewer cows the price of meat will go up, and we certainly have seen increases at our supermarkets. Wheat crops wither as flour prices explode, and the price of the staff of life, bread, goes up daily.

Articles in the press, in towns south of us like Lamar, as well as in communities in Oklahoma and Texas, warn of a coming return to the Dust Bowl and print vivid pictures of dried-up lakes and burned-up crops telling the visual picture all too well.

We ignore the warnings of reputable research organizations like Scripps that tell of “Dry Pool” at Lake Mead, and we scoff at the predictions that the Ogallala Aquifer will be dry by 2030. 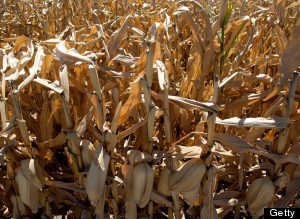 But what if that comes to pass? Tens of millions of people from all walks of life – the farmers, the ranchers, the city office workers, the manufacturers, the bus drivers, the scientists – all relying on Ogallala water and river waters from our wonderful headwaters state of Colorado, from diverse regions across New Mexico, Arizona, Utah, Nevada and California; simply put, they all will be sucking a dry straw.

We have preached the nexus between energy and water; but an overlooked and inevitable result of drought in the southwest will be eventual electrical brownouts and blackouts. How will the youngest and the oldest generations survive 100-degree days in Arizona without air conditioning?

The past few weeks should serve as a wake-up call to cope with water shortages. It’s hotter now than it was a few years ago. More heat means more evaporation and thus less water. We should be developing innovative options for local ponds and water sources to fight forest fires that will be with us for years to come as beetle kill, lack of cutting, possibly more careless campers converge to produce more Western forest fires.

So, let’s take a few years to study the situation, write a plan, examine the plan, have public discussion about the plan, have legislative debate to decide on how to fund the plan, culminating in starting the plan to solve the drought dilemma in five or six years. Will we have the stamina to jump out of the pot?