Are Jellyfish Taking Over?

When it comes to jellyfish on Australian beaches, getting stung may be the least of our worries. 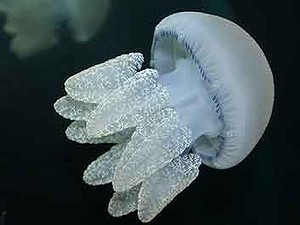 Earlier this year, Whyalla faced a wipe-out unrelated to the predicted effects of the carbon tax when a massive jellyfish bloom threatened local fisheries and ecosystems.

Last month, the Oskarshamn nuclear plant in Sweden shut down a reactor after jellyfish clogged its seawater pipes, the latest in a series of similar incidents.

”Most people just don’t have any idea about the havoc that jellyfish are causing,” said Lisa-ann Gershwin, a CSIRO research scientist and author of Stung! On Jellyfish Blooms and the Future of the Ocean. ”It’s right around Australia.”

But a bigger threat is likely to come to fisheries in much cooler waters that are already being crowded out by blooms, many of them non-stinging jellies.

Virtually everything humans do to the biosphere seems to be to the advantage of jellyfish. Overfishing is removing their predators, such as anchovies, while discarded plastic bags choke sea turtles on the hunt for jellyfish. 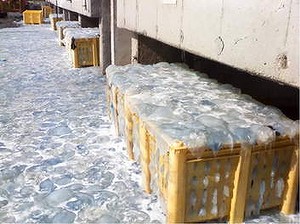 Warmer seas resulting from the build-up of greenhouse gases also happens to be to the jellies’ liking, especially as breeding seasons are lengthened. Since warmer water holds less dissolved oxygen, predator fish spend more of their precious energy breathing.

Not that the jellyfish need much help to reproduce. Despite most jellyfish lacking specialised digestive, respiratory and even central nervous systems, the nebulous, often pulsating creatures have developed a variety of ways to breed over the past 500 million years.

Cloning, self-fertilisation and copulation are among the methods of different jellyfish species, while Turritopsis dohrnii has been dubbed a ”zombie jelly” for its apparent immortality. Cells from the corpse of this jellyfish can reform into a polyp and resume breeding.

As invertebrates, jellyfish lack carbonate hard parts, unlike many rivals and predators, meaning they are coping better as the oceans acidify due to increased carbon dioxide.

”They’re the last [ones] standing when everything else is disintegrating,” she said.

The problem is not just population explosions jamming up pipes and filling fishing nets but also the destruction of fish stocks, as jellies eat fish larvae and vital plankton. Jellyfish, in effect, eat ”up the food chain”, Dr Gershwin said.

”We’re in the weird, unexpected and incomprehensible position of being in competition with jellyfish – and they’re winning,” she said.