An excessive amount of antibiotics is present in China’s major rivers, exposing millions of nearby residents and local ecosystems to grave risks. 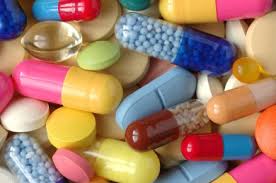 China Central Television (CCTV) reported Thursday that various types of antibiotics have been found in water tested from the Yangtze, Huangpu and Pearl rivers, as well as in tap water in Nanjing, East China’s Jiangsu Province.

The report said the high concentration of antibiotics was created by illegal discharges by Shandong Lukang Pharmaceutical, one of China’s largest drug producers, and the abuse of antibiotics by poultry farmers. The situation was exacerbated by ineffective supervision by local environmental protection bureaus.

The drugs can cause bacterial resistance to antibiotics in humans and damage ecological systems.

Although authorities have not released the exact number of people that could be affected, the rivers tested have long been major water sources for central, eastern and southern China.

According to the report, Shandong Lukang Pharmaceutical has been discharging polluted water containing over 50,000 nanograms per liter of antibiotics, which is 10,000 times above the antibiotic concentration in untainted water.

The report also found that in Nanjing’s Lishui district, a major poultry farming area in Jiangsu Province, duck farmers have been giving ducks excessive amounts of antibiotics and dumping duck feces into the nearby river.

Most of the farms are not equipped with pollution processing systems. Rivers and ponds nearby have become severely polluted with the concentration of antibiotics reaching 60 nanograms per liter, CCTV reported.

In a water sample taken randomly from a Nanjing resident’s house, two types of antibiotics were detected. The concentration of amoxicillin, a drug that is used to treat ear or bladder infections, was 8 nanograms per liter.

Jia Weile, deputy director at the Beijing Academy of Ecocivilisation, told the Global Times that excessive amounts of antibiotics in water will cause drug resistance and reduce the effectiveness of drugs.

In the long-term, pollution in surface water will contaminate soil and groundwater and enter the food chain, he said.

Xiao Yonghong, an expert at the National Health and Family Planning Commission, told CCTV that drug-resistant bacteria will freely circulate between humans and the environment without preventative measures.

According to a report published this May in science journal Chinese Science Bulletin, China’s surface water contains 68 kinds of antibiotics.

In rivers like the Pearl, which empties into the South China Sea, and Shanghai’s Huangpu River, every liter of sampled water was found to contain several hundred nanograms of antibiotics, compared with less than 20 nanograms in water in developed countries.

Seventy percent of all drugs produced in China are antibiotics, compared with 30 percent in Western countries, the Xinhua News Agency reported. At least 15,000 tons of drugs expire and end up in trash bins every year, said Yu Feng, a professor with the China Pharmaceutical University in Nanjing.

According to Ministry of Agriculture regulations, farmers can only purchase antibiotic drugs with a prescription from a veterinarian. However, drug stores in Nanjing reached by the Global Times admitted that they sell prescription drugs freely to farmers.

One store owner said that the farmers buy various kinds of antibiotics to solve the drug resistance problem. “Duck farmers won’t eat ducks fed with those drugs,” he said.

CCTV also quoted an anonymous source as saying that Lukang, one of the four largest antibiotic producers in China, receives a secret notice every time before a “random” inspection from the local environmental protection bureau.

“Production will be suspended to cover up the pollution … Once the inspectors leave, the factory will resume operations as usual,” the source noted.