Many US cities are facing expensive replacement of ancient sewer lines at a time when money is hard to find in the budget.

A good example is Rock Hill, SC,  where one-hundred-year-old clay sewer pipes have been ignored and neglected for years. The pipes once carried about one million gallons of dirty water a day from a finishing plant to a lagoon.  The lagoon is now a soccer field, but the leaky clay pipe is still in place.

In the 1920s and 1930s, adjoining sewer lines were put in to serve the growing residential areas,  but the city has had to deal with cracks in the clay pipes and repair complications because parts of the original lines were laid in the back yards of some homes.

New sewer lines are being moved under roads and in the public right-of-way and will relieve some stress on the city’s wastewater treatment plant. 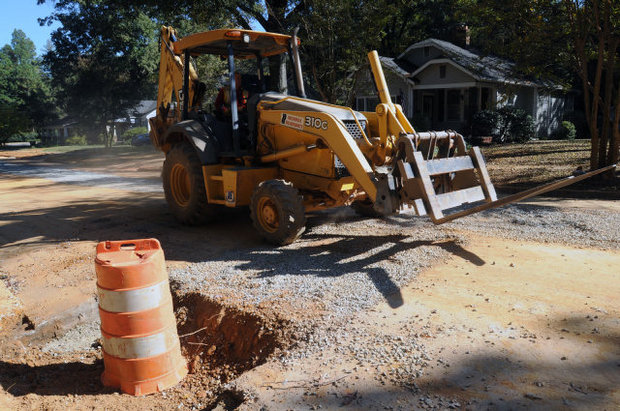 Towns and cities across the US are having to replace ancient wastewater piping at a time when “no new taxes” sentiment makes paying for repairs very hard.

Abandoning the old clay sewer lines, filling them with concrete and installing new iron pipes should stop rainwater from entering the sewage system.

The problem with rainwater entering the pipes is that it then goes on to the treatment plant and adds greatly to the wastewater treatment load.

Rock Hill’s wastewater plant processes almost 9 million gallons a day from homes and businesses in the city and from adjoining areas.

The $889,524 sewer line replacement project started in late September and is on track to be finished by the end of 2012.

The good news is that the entire project is being paid for, without borrowing, by a modest increase in utility rates that began in 2007. The city also has budgeted $1.42 million this year for major infrastructure improvements. Recent utility rate increases also will help pay off future loans when the city borrows money to expand its wastewater treatment plant. The expansion could cost about $60 million, and more plant capacity will be needed as soon as 2017 or 2018.

The “pay as you go” system financed by modest increases in utility rates has allowed the city to keep its infrastructure sound without creating crippling debts.