All About “Soft” Water

The Issues with “Softened Water” 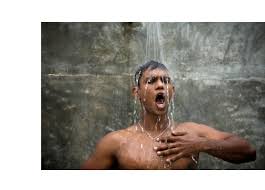 As pure water falls to earth, it picks up contaminants, absorbing gases like carbon dioxide and dissolving metals and minerals it comes in contact with. Rain water is naturally “soft,” low in Total Dissolved Solids (TDS),  but it is “aggressive,” looking for minerals to dissolve. As it picks up minerals like calcium and magnesium, it become “hard.”

Even small amounts of hardness minerals, calcium and magnesium,  cause the water to exhibit typical hard-water characteristics. The higher the hardness level, the more evident the problems will be. Residential and commercial water users typically identify two significant problems when dealing with hard water:

For over a century, salt-based ion exchange softening has been the gold standard in addressing these issues. Water softener technology is relatively easy to install in homes and businesses and relatively cost-efficient to own and operate. Salt-based softeners are now very user friendly, with such efficiency enhancements as metered vs. timer controls, twin-tank systems, improved resins, and upflow regeneration. Advances in technology save water and salt. Even with these technological improvements, however, many people can’t or won’t use a salt-based system and actively seek alternatives. While many alternatives exist in the marketplace today, it is important to understand that ion exchange softeners alone deal with the soap issue and that most alternatives address only the problem of scale formation.

Probably the three most common objections to softened water are that it might be corrosive, that it is not healthful to drink, and that it leaves a slimy feel on the skin.

Corrosion in the form of damaged hot water heaters or heater anodes does not occur because water has been softened, but it is true that it can occur in spite of softening if pH is outside the acceptable range (7.0 to 8.5), if TDS exceeds 500, or if the softener itself is not rinsing itself thoroughly during regeneration. Water actually retains its alkaline nature after softening and softened water is usually only slightly higher in total dissolved solids than the pre-treated water, since softening normally gives back more or less what it takes out in terms of TDS. For the calcium and magnesium it removes, it exchanges a nearly equal amount of sodium.

As for the healthfulness of softened water, Greg Reyneke writes:

Softened water does not contain sodium chloride or potassium chloride salt. During the ion exchange process, sodium or potassium ions are added to water in direct proportion to the amount of other ions being removed from the raw water. The result of this sodium addition is the formation of sodium carbonate and bicarbonate compounds in the water, which do indeed contribute to taste. At hardness levels < 15 gpg (grains per gallon), many people describe the additional sodium as making the water taste sweet or well-rounded. At higher hardness levels, some drinkers begin to identify an alkaline or soda flavor in the water. If the water from a softener tastes salty, this is not normal, and [you] shouldn’t drink it.

Hypertensive persons, or those on sodium-restricted diets, are concerned about the total amount of sodium that they consume in a day. The process of softening water generally adds 1.86 mg/L for every grain of hardness removed, so when you soften 15-gpg water, you’re adding almost 28 mg/L of sodium to whatever is already naturally there. To put that into perspective, one teaspoon of salt contains approximately 2,000 mg of sodium and cow’s milk contains approximately 125 mg of sodium per cup. . . .

We can add that if the salt content of water is objectionable, addition of an undercounter reverse osmosis unit will remove the sodium and leave only pure, excellent tasting water. There are now even post filters for reverse osmosis units that add a small amount of mineral hardness back into the treated water to polish the taste and satisfy those who object to drinking low-mineral water.

The slimy feel that people often complain of in regard to softened water is harder to pin down. This is also experienced as the feeling that soap won’t wash off of the skin. According to Reyneke, the feel of any water on the skin is affected mainly by pH. Water low in pH feels rough and water with higher pH feels smooth or slick. This is true even if soap isn’t used.

In hard water, soap loses its ability to clean and forms into a sticky, waxy precipitate called soap scum or soap curd. This scum clings to skin and hair, producing the “squeaky clean” feel that we are accustomed to with hard water. “The problem is,” according to Reyneke, “that squeaky clean, is really more like squeaky dirty, since soap precipitate and soil deposits are left behind on the skin.”

So, you can just tell yourself that the slick feel and the illusion that soap won’t wash off are really advantageous, or you can try some tricks that might make the softened water more to your liking. Reyneke suggests switching to a potassium-base soap or changing the regenerant of the softener from sodium to potassium. Note also that various soaps have different pH levels, so it may be your soap raising the pH so much that the water feels slick. You may be blaming your softener for something that’s actually your fault for using the wrong soap.

Or, you certainly might consider that being “squeaky dirty” isn’t really a disadvantage. There are those who believe that most of us bathe too much anyway and that it isn’t healthful to wash away the natural oils from our skin. From this point of view, a little hardness in the water might keep us from scrubbing away the natural skin oils that form a natural protection from  the sun.