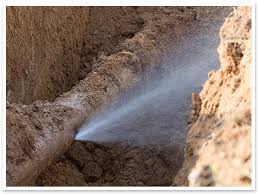 The Real Costs of the Aging US Infrastructure

How much will it really cost to fix our water problems?

Even though water is an essential part of everyday life, residents pay much less for it than cable television or any other utility. The current water rates do not accurately reflect the actual cost of supplying clean, reliable drinking water or wastewater management and discharge to the U.S. population.

In this era of new technologies, a blind eye is often turned to the things that should be addressed. One of the most important of those is the aging water and wastewater treatment infrastructure in the U.S.

Much of the drinking water and wastewater infrastructure with its million miles of pipes beneath streets is nearing the end of its useful life and needs to be replaced. Significant growth in urban areas of the country furthers the need for change.

According to the American Water Works Association (AWWA) study, “Buried No Longer: Confronting America’s Water Infrastructure Challenge,”¹ if the country is to maintain even the current levels of water service, restoring existing water systems and expanding them to serve a growing population will cost at least $1 trillion over the next 25 years.

One trillion dollars may seem like a lot of money, but postponing infrastructure investments in the near term will only add to the problems in the years to come. According to the AWWA, the cost of fixing the water infrastructure could double to more than $2 trillion if action is not taken now. In the past year alone, 35 million gallons of raw sewage spilled into the waters of the Gallatin River in Big Sky, Montana, and $13 million of damage was incurred at the University of California, Los Angeles (UCLA) when 20 million gallons of water spilled onto Sunset Boulevard.

The cost to implement new infrastructure will only increase with time, as will the odds of facing expensive water main breaks and other infrastructure failures. However, if action is taken now, it will leave time to plan and implement policies that will put the country on the right track for a more secure future. The $1 trillion required does not need to be invested overnight. Instead, it should be, by fiscal necessity, spread out over the next 20 years.

Even though water is an essential part of everyday life, residents pay much less for it than cable television or any other utility. The current water rates do not accurately reflect the actual cost of supplying clean, reliable drinking water or wastewater management and discharge to the U.S. population.

Replacing the nation’s antiquated pipes will require additional local investment including higher water rates. In the past, many municipalities have had to raise money through bonds, which can take years to get through red tape and voting. Programs are now in place to help expedite such issues, including the Water Infrastructure and Innovation Act Program. Congress enacted it in 2014 in an effort to offset the high costs associated with retrofitting and updating current water treatment systems.

Not only do citizens need reliable water treatment systems, but also industries, public and private, rely heavily on its infrastructure. If there is a delay to address updates to our water systems, the economy may be in jeopardy due to rising costs and the loss of valuable market share. The lead contamination in drinking water in Flint, Michigan, furthers this point.

Costs are inevitably rising, making the present an opportune time to use new technologies for change. Communities and the country can take many steps to ensure that water infrastructure lasts for generations.