1934 Drought Was Worst in US History

Drought Of 1934 In North America, During The Dust Bowl, Was The Worst In Thousand Years: Study 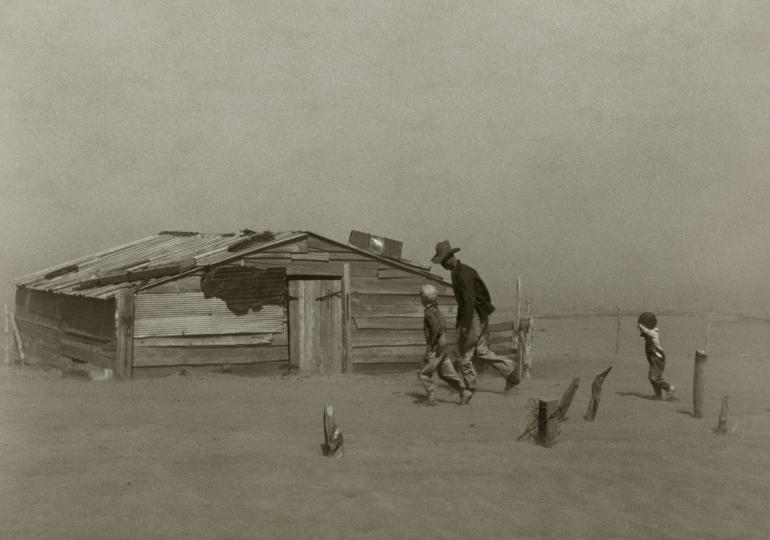 The drought of 1934 in North America was the driest and the most widespread of the last millennium, according to a new study based on a reconstruction of North America’s history of drought over the last 1,000 years.

In the study, published in the Oct. 17 edition of Geophysical Research Letters, researchers from NASA and Lamont-Doherty Earth Observatory in Palisades, New York, used a tree-ring-based drought record between the years 1000 to 2005, as well as modern-day records, to determine that the 1934 drought was 30 percent more severe than the next worst one in 1580. The study also found that the 1934 drought extended across 71.6 percent of western North America while, in comparison, the average extent of the 2012 drought was 59.7 percent.

“It was the worst by a large margin, falling pretty far outside the normal range of variability that we see in the record,” Ben Cook, a climate scientist at NASA and the study’s lead author, said in a statement.

The 1934 drought was one of four similar events that occurred in sequence over a period of 10 years. The droughts of 1930-31, 1934, 1936 and 1939-40 are together called the Dust Bowl. According to scientists, two sets of conditions led to the severity and extent of the 1934 drought — while a high-pressure weather system over western America affected normal rainfall patterns, poor land management practices caused dust storms in the spring of 1934. 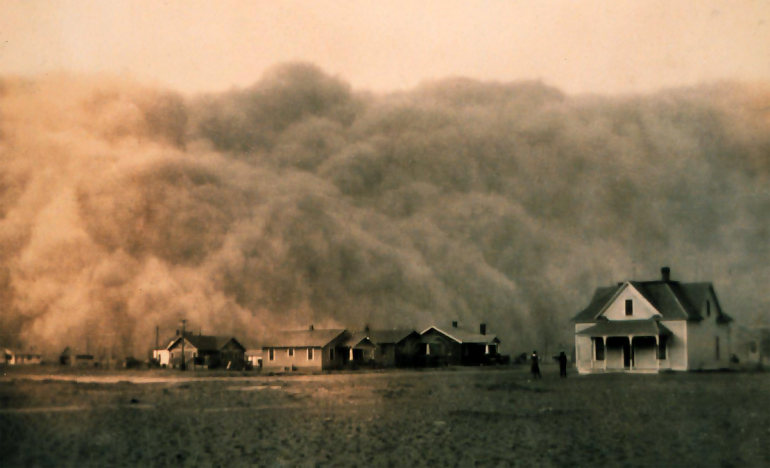 “In combination then, these two different phenomena managed to bring almost the entire nation into a drought at that time,” Richard Seager, professor at the Lamont-Doherty Earth Observatory and the study’s co-author, said in the statement. “The fact that it was the worst of the millennium was probably in part because of the human role.”

The Intergovernmental Panel on Climate Change, or IPCC, said in a recent report that climate change is expected to make North America’s droughts worse, with the southwest likely to become significantly drier. The researchers believe that an analysis of the last thousand years could help them better understand the natural variability of droughts.

Although dust storms like the ones from the Dust Bowl are unlikely to occur in North America today, farmers still need to pay attention to the changing climate and adapt accordingly, the scientists said.