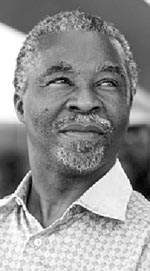 There has seldom been a stranger practice in the annals of political activism than the one just instituted by AIDS Action Now (AAN). In a moment of supreme insecurity, the plucky organization has decided to require members to sign a “loyalty oath” affirming their belief that the virus HIV is the cause of AIDS.–Coleman Jones, Jan. 1999.

This [HIV] debate is in part about two questions: What do you call a scientist? And how do you distinguish the scientist from a theologian?–Dr. Kary Mullis,  1993 Nobel Prize in Chemistry.

The Pure Water Gazette has for years scoffed rudely at the commonly held idea that there is an ongoing conflict between “Science and Religion.” This is a silly notion because conventional Science has for some time been a full-blown religion.
With its very own collection of sacraments and credos,  Science has long been America’s leading religion. Its faithful  proselytize as fiercely and  work as zealously to root out and punish heretics as do the devotees of even the most radical of Bible-thumping conventional religious sects.

When President Thabo Mbeki of South Africa began to publicly question some of the cherished dogma of the “AIDS” Establishment, a major sect of the Church of Science,  he was quickly branded a heretic by governments, corporations,  and leading scientists. He has been exposed to great ridicule. He got the treatment afforded all medical heretics: he was accused of recklessly endangering the lives of countless sufferers by questioning the policies of the “experts.”

South Africa, Mr. Mbeki has said, has an unusual health problem, and with an unusual problem simply “doing the usual” is not enough. When he took a personal interest in the “AIDS” situation and began to research the issues himself, he was accused of “micro-managing” and warned to “leave the science to scientists.”  And when it became apparent that he was listening to all views about the cause and treatment of “AIDS”  rather than only the orthodox, he was, in his own words, branded a fool.

As such, he joins other great fools and heretics like Galileo and Copernicus and yes, even those original bold scientists who in our own century dared  to suggest that tobacco smoking was harmful. I’m sure you know that the American  medical establishment for many years endorsed and promoted smoking as a relaxing and beneficial practice that soothed the nerves and aided digestion. And you should know, too, that the dissenters who first questioned the pro-tobacco doctors were attacked, ridiculed,  and shamed. They were denigrated as cranks and troublemakers– not to mention, as threats to the generous advertising and research funds flowing into the AMA’s coffers from the tobacco industry.

A leading “AIDS” researcher has recently suggested that “dissidents” who question the theory that the alleged “AIDS virus” HIV is the one and only cause of AIDS should be jailed. I’m serious. Mr. Mbeki wrote in a letter to several world leaders, including President Clinton (the unchallenged darling of the international pharmaceuticals corporations): “In an earlier period in history, these [referring to HIV atheists] would be the heretics that would be burnt at the stake! . . .The day may not be far off when we will, once again, see books burnt and their authors immolated by fire by those who believe that they have a duty to conduct a holy crusade against infidels.”

For Mr. Mbeki the easy course certainly would be simply to go along with the established order and allow his country to become a dumping ground for the pharmaceuticals corporations. For his courageous refusal to “do the usual,” the Pure Water Gazette salutes him as a man of great courage and, rare for our age, a political figure with grace, eloquence, integrity, and a whole lot of class.–Gene Franks, for the Pure Water Gazette.